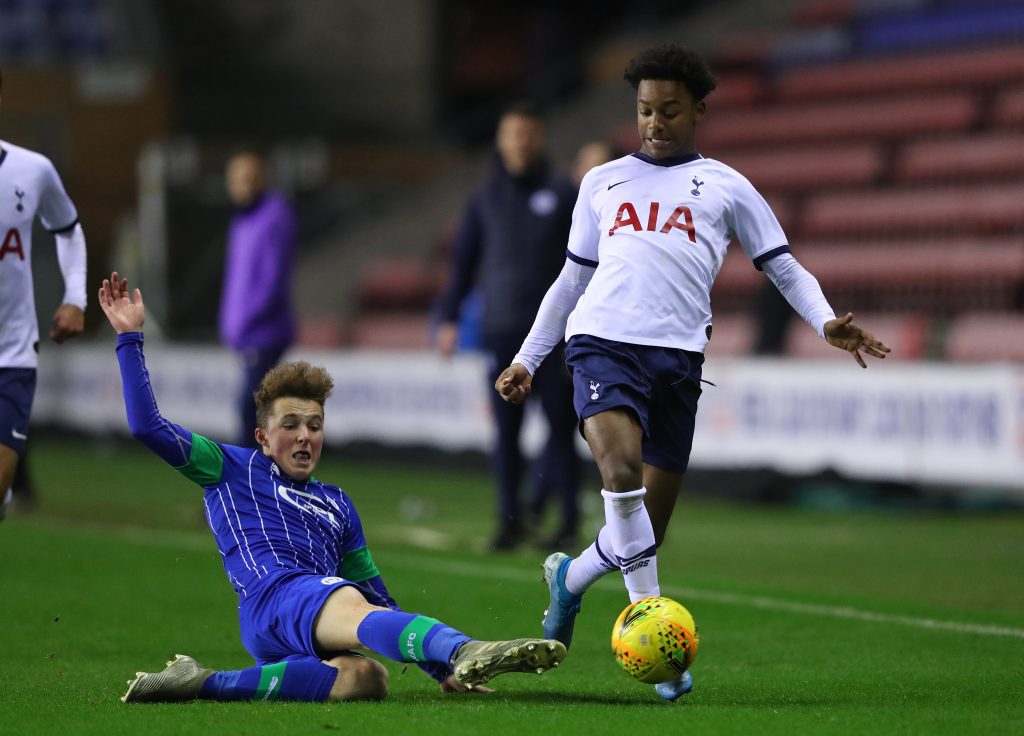 According to The Athletic’s David Ornstein, Tottenham Hotspur have sealed the signing of Wigan Athletic midfielder Alfie Devine after he completed a medical and signed terms over the weekend.

Leeds United, Celtic, Rangers, Brighton and Hove Albion, West Ham United and Chelsea were also all keen on the teenager, but it was Spurs that emerged top of the pursuit having monitored his development closely over the past 12 months.

The 15-year-old was released by Liverpool when he was 11 but has since developed into one of the best youngsters around, and he impressed Tottenham chief scout Brian Carey.

Devine regularly played for Wigan’s under-23s and was part of the Championship side’s FA Youth Cup side that defeated their Spurs counterparts 2-0 back in January.

Wigan potentially relegating after suddenly going into administration means they will be losing a lot of their first-team and youth team players, but Tottenham were already closing in on a deal for the teenage midfielder and had laid the groundwork long before that happened.

Devine will look to be a key part of Spurs under-23 side and hopefully catch the attention of first-team boss Jose Mourinho, who rubber-stamped the move, sooner rather than later.

The Portuguese has shown that he will give youngsters a chance if they prove themselves, and the latest addition to Tottenham youth squad have a lot of work to do to impress the perfectionist.