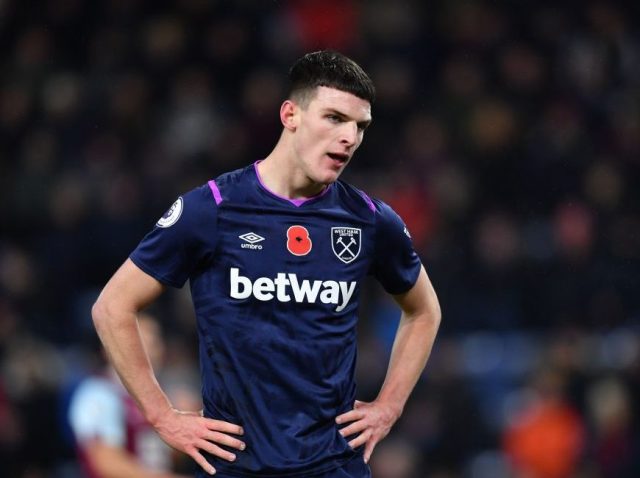 According to transfer expert Fabrizio Romano, West Ham United midfielder Declan Rice is ready to force a move to Chelsea before the end of the summer transfer window.

The Blues are keen to bring the England international back to Stamford Bridge after he left them as a schoolboy, with manager Frank Lampard looking to convert him to a centre-back.

However, the Hammers aren’t in the mood to do business given how influential Rice was to their Premier League survival last season.

The 21-year-old featured in every minute of the league campaign, emerging as the Player of the Year while weighing in with a goal and three assists.

While West Ham won’t be entertaining any offers, Romano claims Rice will push for an exit in order to return to Chelsea.

“Chelsea are trying to do the same as Liverpool. ‘We want the big targets and not the plan B back up option’. If you talk with West Ham, you have to be honest they’re saying the player is staying and the player is not moving,” Romano said on the Here We Go podcast.

“We will have to see what will happen because he also respects West Ham as normal but he’s going to tell West Ham ‘I want to join Chelsea’. Now it’s time to see what Chelsea will bid for Declan Rice because Chelsea are still yet to make an offer.”

Losing their academy graduate will be a huge blow for the Hammers, and it will be interesting to see whether he will indeed seek to leave.

David Moyes’ side are in dire need of funds, with co-owner David Sullivan admitting yesterday that they might end up without making a signing this summer.

Cashing in on Rice will help boost their transfer coffers, but the player will have to tell the club of his wish and probably hand in a transfer request for that to happen.