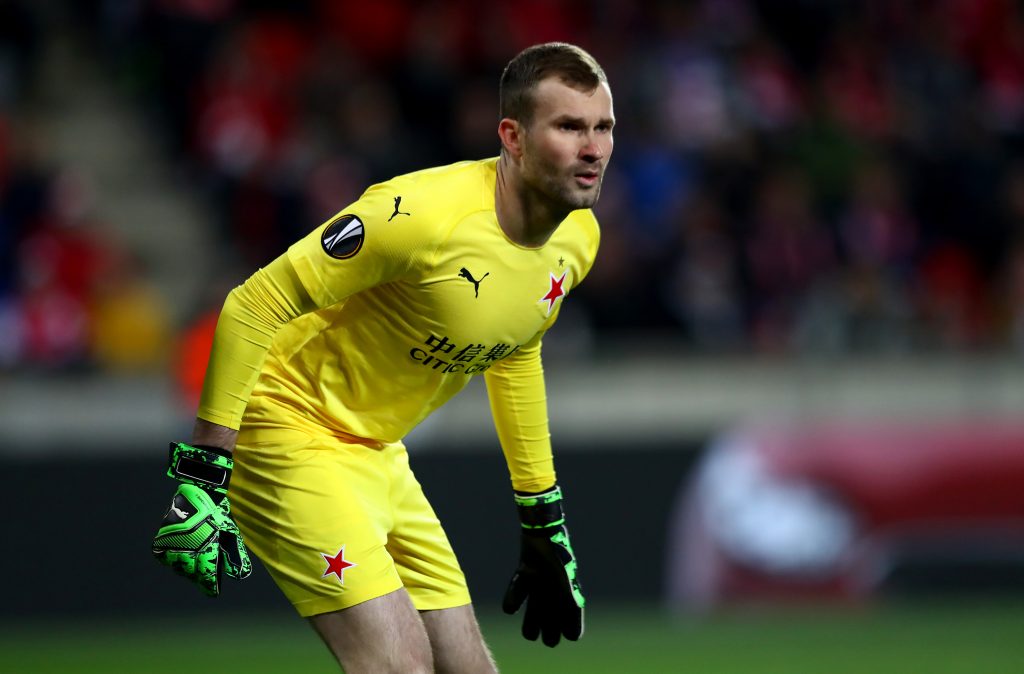 According to The Athletic’s Roshane Thomas, West Ham United are monitoring the progress of Slavia Prague goalkeeper Ondrej Kolar as they prepare for life without Lukasz Fabianski going forward.

The Poland international is currently 35 years old and has just six months left on his contract.

The Hammers star is free to talk to other clubs during the January transfer window, and while he is most likely to be handed a new deal given how important he has been to the club since joining from Swansea City in the summer of 2018, it’s pertinent to prepare for the future.

West Ham currently have 33-year-old Darren Randolph and 34-year-old David Martin as their back-up goalkeepers, and bringing in a younger option is a no-brainer.

Kolar, 26, has kept nine clean sheets in 13 league games for Prague so far this campaign, shipping just four goals, and the performances of the Czech Republic International in the Champions League and Europa League have caught the eyes of West Ham and other suitors.

He became the most expensive goalkeeper in the history of the Czech First League when he joined Prague in January 2018, and he has the potential to establish himself as a key player for West Ham should a move work out.

Tomas Soucek and Vladimir Coufal have been success stories since joining the Hammers from Prague last January and in the summer respectively, and Kolar could be reuniting with his former teammates soon.

That may not happen next month, though, and it doesn’t appear that West Ham are in a hurry given Fabianski’s brilliant performances so far this term.

The Poland international has kept five clean sheets this term, making 50 saves, and he is a huge reason why David Moyes’ side have won six games and drawn five times in 16 games.

The 2018-19 Hammer of the Year remains key to the club’s plans, and he will be keen to prove himself during the remainder of the campaign in order to earn a deserved contract extension.