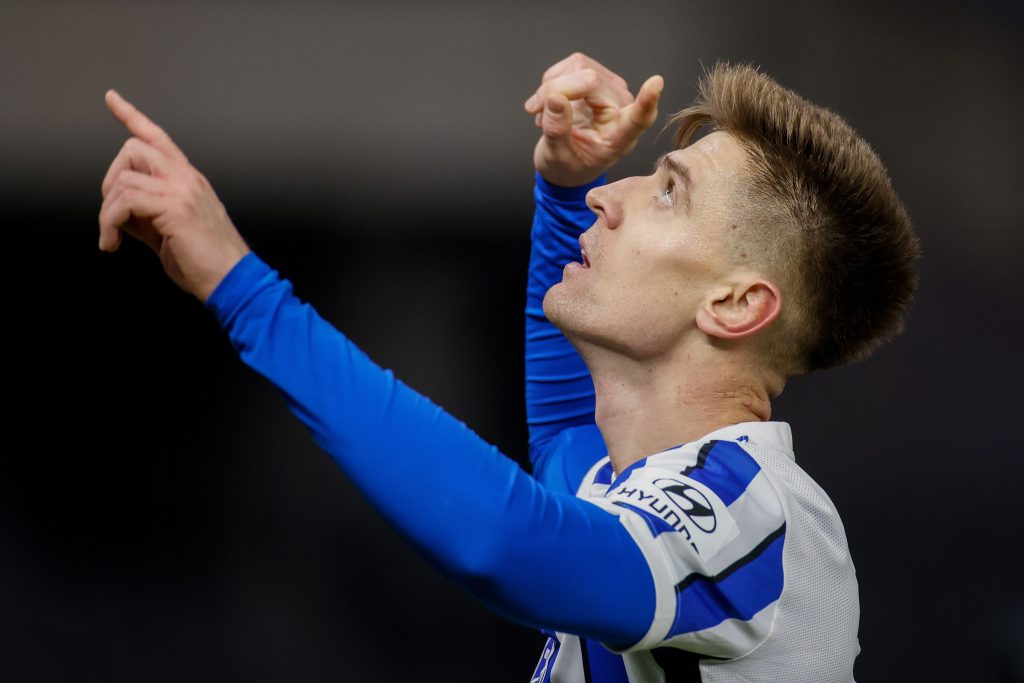 According to The Sun, West Ham United are considering a move for Hertha Berlin striker Krzysztof Piatek as they seek a replacement for Sebastian Haller.

Michail Antonio is currently manager David Moyes’ only specialist striker following the departure of the Ivory Coast international, and signing another centre forward before the end of the January transfer window is necessary.

The Hammers have been linked with Watford’s Ismaila Sarr, Reims’ Boulaye Dia, Bournemouth’s Josh King and Arsenal’s Eddie Nketiah, and it appears that they have now added Piatek to their list of targets.

Hertha Berlin are willing to loan the Poland international with a view to a buy following a mixed time in the Bundesliga, and it wouldn’t hurt for West Ham to take the punt on him.

While the 25-year-old bagged just four goals in 15 league appearances last term after joining the German outfit from AC Milan last January, he has already equalled that return in 14 games this term.

Piatek caught the eyes of European bigwigs after banging in 22 Serie A goals for both Genoa and Milan in 2018-19.

He scored four goals in 18 league games in the first half of 2019-20 for the Italian giants before getting flogged to Hertha BSC.

Piatek flattered to deceive over the last 12 months, but is starting to look impressive again, and a move to the Premier League could help fire him up.

West Ham need a quality finisher capable of providing quality cover and competition for injury-prone Antonio, and the Polish hitman could be their man.

Having him on loan till the end of the campaign would be shrewd business, and they can always opt against a permanent move if Moyes isn’t impressed.

Piatek was reportedly close to joining Tottenham Hotspur last January, with a £28 million deal for a 3½-year contract agreed and a medical scheduled.

However, that didn’t happen, and whether a move to the Premier League in the coming days will finally materialise remains to be seen.