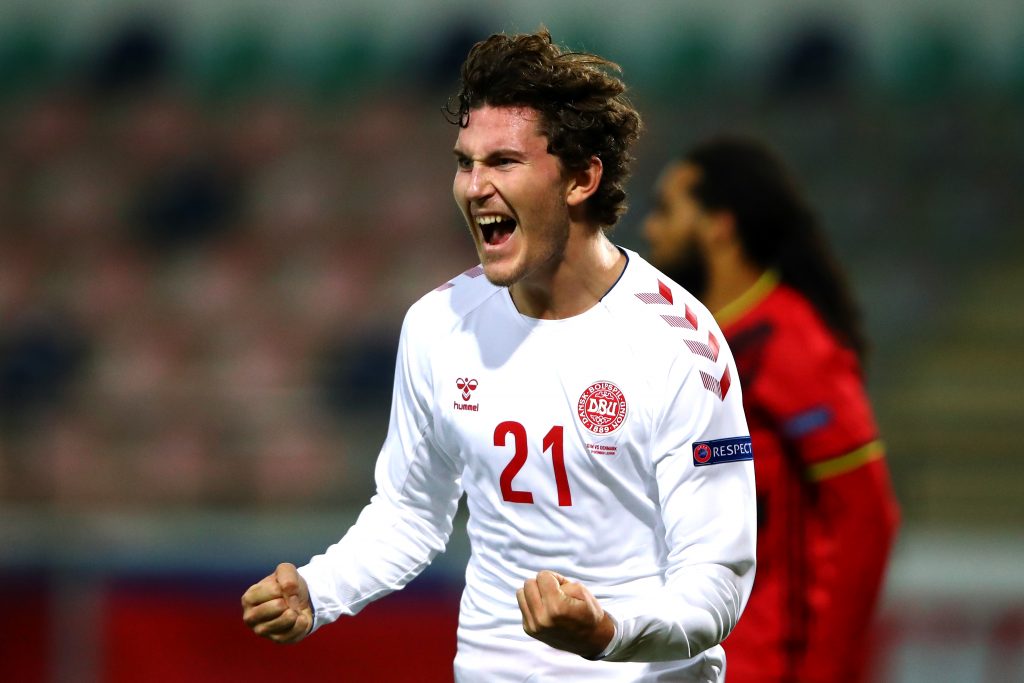 According to The Telegraph, West Ham United manager David Moyes is not in a rush to sign a replacement for the departed Sebastien Haller, and he is willing to wait until the summer to sign another striker.

FC Copenhagen forward Jonas Wind is on their radar, and while they are long-term admirers of the 21-year-old, a move for him is not likely this month.

The Denmark international has bagged seven goals in 12 appearances across the Superliga and Europa League this term, and the club will not be keen to let go of their star forward just at the moment.

Wind helped Copenhagen to the Danish Superliga title in 2018-19, and he was crucial to their run to the Europa League quarter-finals last term, bagging a brace in the 3-0 win over Turkish champions İstanbul Basaksehir in the second leg of the last-16.

The youngster’s impressive form has continued from where it stopped last season, and a move to the Premier League should ideally be appealing to him.

However, the Hammers might need to qualify for European football in 2021-22 to have a chance of landing Wind and pip competition to his signature.

The Dane has always played in the Champions League and Europa League since becoming a first-team player for Copenhagen, and he will be keen to continue playing continental football when he leaves the side.

West Ham have a realistic chance of playing in Europe next term following a brilliant start to 2020-21 that has produced nine wins and five draws in 19 league games.

As a result, Moyes’ men are currently seventh in the table, but they will need to replicate that form and even do better in the second half of the campaign if they want to finish in the top-six or top-seven.

Winning the FA Cup will also guarantee them a Europa League berth, but league leaders Manchester United stand between them and a place in the quarter-finals and it will be interesting to see how far they can go.

Playing in Europe will surely attract top players to West Ham, and landing Wind would definitely receive a huge boost if that happens.