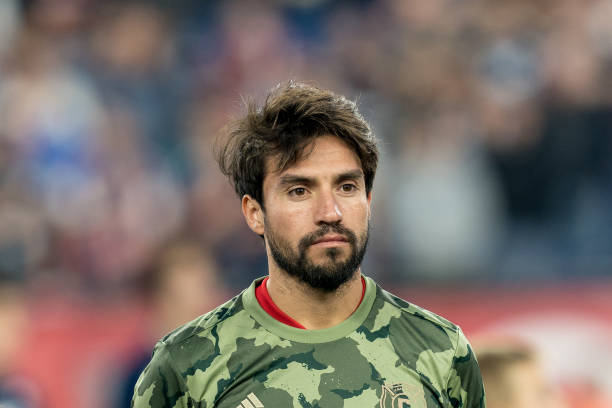 According to The Guardian’s Ed Aarons, West Ham United are interested in signing Chicago Fire winger Nicolas Gaitan in January, as manager Manuel Pellegrini looks to boost his squad for a strong second half of the Premier League campaign.

Told there is some interest from West Ham in signing Nicolas Gaitan in January. Ex-Argentina winger has been playing for Chicago Fire in MLS

The Hammers have picked up just 13 points in their opening 12 league games of the season ahead of Tottenham Hotspur’s visit on Saturday, and could find themselves battling relegation if they fail to quickly turn things around.

West Ham were linked with Gaitan in each of the last two winter transfer windows, and it remains to be seen if they will finally land the Argentine this time out.

The former Benfica and Atlético Madrid midfielder joined the MLS side from Chinese Super League outfit Dalian Yifang on a free transfer for one season in March, but could soon be moving to the Premier League.

West Ham were reportedly keen on the 31-year-old in the summer of 2016 before he moved to Atletico and in the winter of 2017 after he struggled for playing minutes.

The Hammers, alongside Crystal Palace, Everton and Southampton, were also linked with a move for Gaitan last January before his move to China.

The Argentine has since scored four goals and supplied 11 assists in 27 MLS appearances, and signing him for free in January could be tempting.