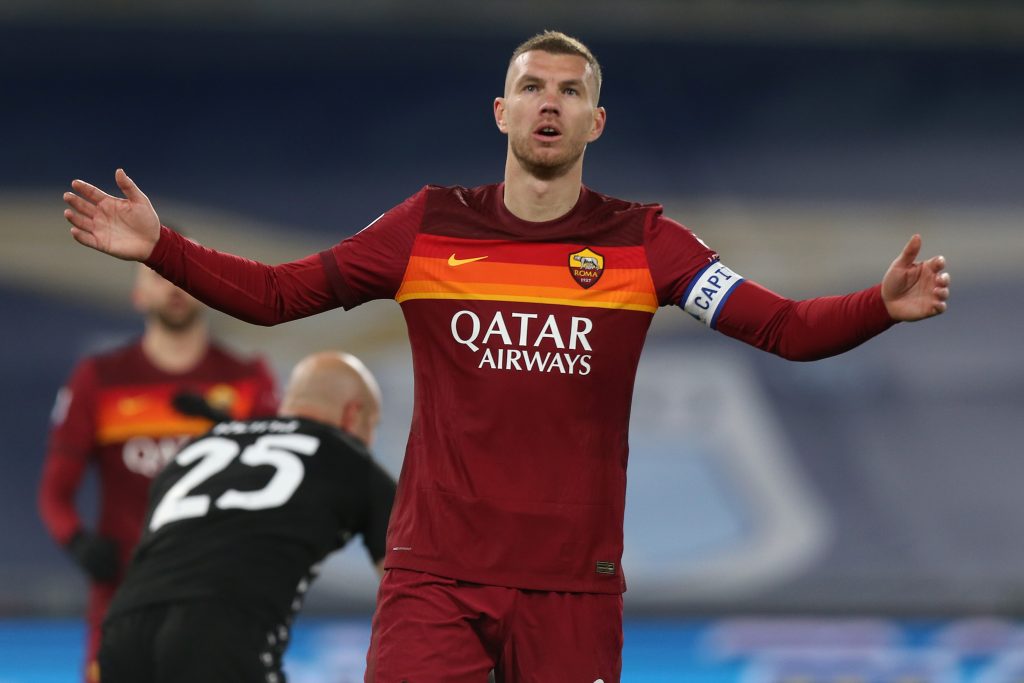 According to beIN Sports correspondent Tancredi Palmeri, West Ham United and Wolverhampton Wanderers have made an undisclosed offer to sign AS Roma striker Edin Dzeko before the end of the January transfer window.

West Ham have made an undisclosed offer to sign Roma’s Dzeko, whom at the moment has rejected it

Wolverhampton too have made an undisclosed bid to Roma’s Dzeko, whom has rejected it

However, the Bosnia and Herzegovina international has rejected their offers and does not appear keen on joining either the Hammers or Wolves.

The 34-year-old is set to leave Roma after falling out with manager Paulo Fonseca, and both club and player are looking for a solution before the end of the month.

Juventus are also keen on the former Manchester City striker, and more suitors are expected to come forward as we enter the last days of the winter transfer window.

Despite his age, there is no doubt that Dzeko would be a fine addition to West Ham’s attack in the short-term.

He knows the Premier League well after bagging 50 goals in 130 appearances for Man City and winning two titles.

He has scored 114 goals in 242 games for Roma since joining them in the summer of 2015, but whether he will be keen to return to England and join the Hammers remain to be seen.

The London Stadium outfit do not play European football, and leaving Roma for them is not exactly appealing.

West Ham could play in the Europa League next season if they maintain their brilliant start of 2020-21, though, but they need to land a quality finisher this month in order to boost their chances of finishing in the top-seven.

Michail Antonio needs a quality cover and competition with Sebastien Haller gone, and Dzeko can bring both to the table.

Wolves have recently snapped up Willian Jose on loan from Real Sociedad till the end of the campaign due to Raul Jimenez’s absence, and a move for the Roma striker might no longer be of utmost importance.