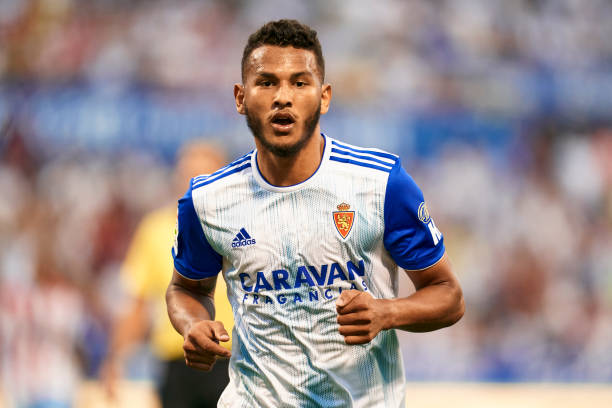 According to The Athletic’s Adam Leventhal, Watford stopped Barcelona from landing Real Zaragoza striker Luis Suarez last month as the Catalans sought for an emergency signing.

Due to long-term injuries to Ousmane Dembele and Uruguayan’s Luis Suarez, Barca were allowed to sign a striker from another Spanish team, and they were keen on the Watford man.

Suarez is currently on a season-long loan at the Spanish second division side, and with 17 goals in 30 appearances to his name, Barcelona were keen as they sought to boost their attack.

However, both Zaragoza and his parent club decided against letting him go, and the 22-year-old is set to join up with the Watford squad this summer when they return for pre-season.

The Hornets landed the Colombian in the summer of 2017 after the Pozzo family sold Granada but wanted to keep him.

Suarez was transferred to Watford in name only, and was loaned to Spanish third division side Real Valladolid B, where he scored 11 goals in 34 games before spending last season with Gymnastic in the second division, scoring seven goals in 36 matches.

The 6ft 1in striker is already highly-rated at Vicarage Road, and the staff believe he will become a key player for them going forward.

Colombia manager Carlos Queiroz has Suarez on his radar following his impressive form thus far, and while Barcelona missed out on what could have been an incredible like-for-like replacement in history, landing Martin Braithwaite in the end, Watford will hope he can live up to his names and hit the ground running at Vicarage Road next season.