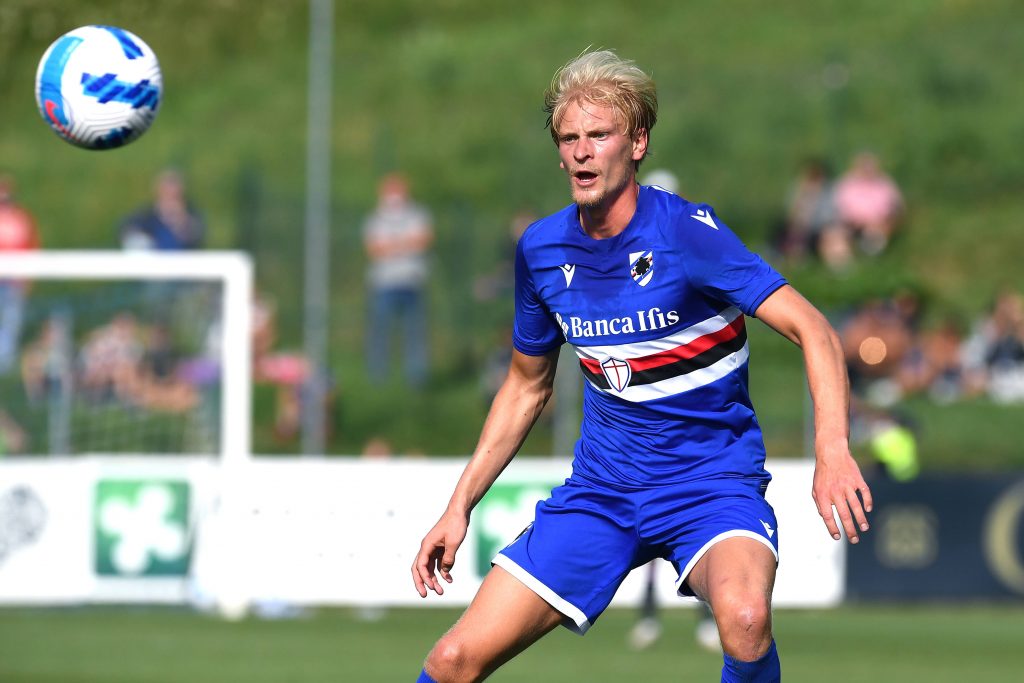 The Hornets have been active in the transfer market since promotion, and they have already made six senior signings.

French midfielder Imran Louza has been their most high-profile purchase with his €10 million arrival from Nantes.

They are now eyeing another central midfielder and have their sights on Thorsby, who has been with Sampdoria since 2019.

An opening offer worth €4m has been rejected. The Serie A club are holding out for €8m. Talks are ongoing between the clubs.

Peter Etebo has arrived on loan while they have spent a combined €14m to recruit Louza and Emmanuel Dennis.

Thorsby could be the next in line. The 25-year-old has impressed at Sampdoria with his strong defensive qualities.

The Norwegian has the qualities that could suit the Premier League, but there is room for improvement with his distribution.

He averaged just 29 passes per game with a 75 per cent success rate despite Sampdoria finishing in ninth place last term.

Thorsby could come in to replace Will Hughes, who appears likely to be sold after refusing a new contract beyond June 2022.