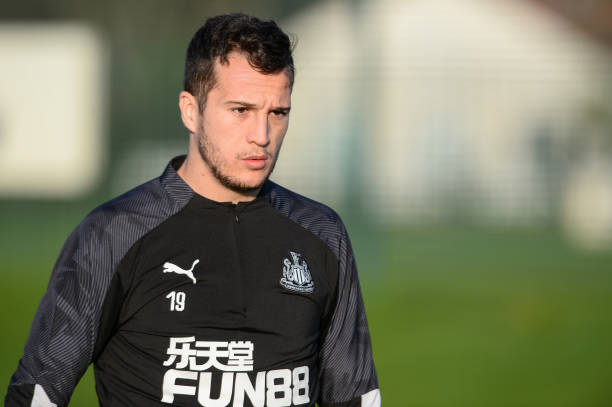 According to AS, Villarreal are eyeing a move for Newcastle United defender Javier Manquillo before the end of the January transfer window.

The La Liga side are set to be without £80 million-rated and Liverpool-linked Samuel Chukwueze for the next three months, with the Nigerian winger expected to go under the knife after suffering a groin injury.

The Yellow Submarine are also without Gerard Moreno and right-back Mario Gaspar, and manager Unai Emery wants a player capable of playing on the wings and at the back in order to provide cover for the trio with a single signing.

Villarreal have had to deploy left-back Jaume Costa and centre-back Juan Foyth as right wingers in recent matches with Ruben Pena their only fit option, and they will need to bolster the department this month in order to ensure that they do not finish the campaign below their current position (fourth).

Manquillo has only played eight games across all competitions for Newcastle this term, with all of them coming at right-back.

The former Liverpool man can also play on the left, and it is not a surprise that his versatility has attracted Villarreal.

The 26-year-old could be keen to return home and to the La Liga having played for Atletico Madrid during the early days of his career, and the fact that Emery’s men could be playing in the Champions League next term could also lure him into moving.

Manquillo signed a new four-year deal to remain at Newcastle last June, and Villarreal might find it difficult to prise him away from St. James’ Park right now.

While the Spaniard is not a frequent name on head coach Steve Bruce’s team sheet, the Magpies cannot afford to lose him given the quality cover that he provides at full-back, and suitors would have to table a juicy bid to tempt them.