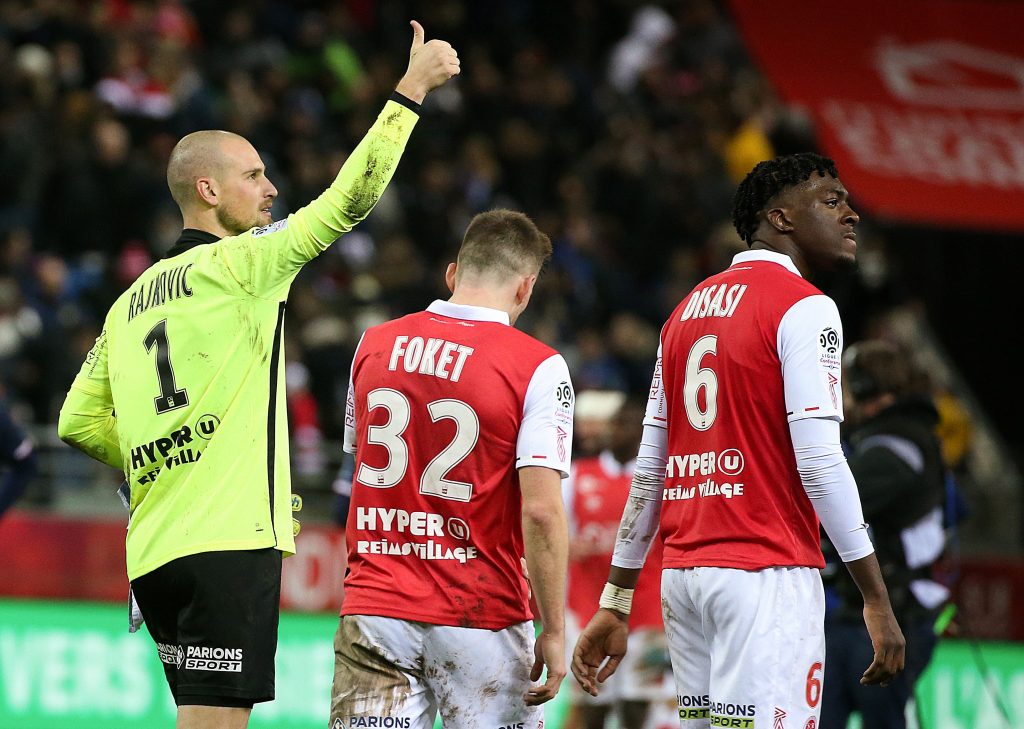 According to RMC Sport, Tottenham Hotspur are interested in signing Reims centre-back Axel Disasi this summer as boss Jose Mourinho looks to bolster his defence.

Belgian defender Jan Vertonghen is expected to move on at the end of the season, and Spurs want the young Frenchman to replace him.

However, they face competition from Arsenal and Southampton for Disasi’s signature, while the 22-year-old is also attracting interests from La Liga and Bundesliga clubs.

Reims are asking for £13 million for the signature of the defender, but suitors are yet to meet their demands, and it remains to be seen if Spurs or the Gunners will.

Arsenal boss Mikel Arteta prefers to sign a left-footed centre-back, and the fact that Disasi is right-footed could see the Spaniard rather focus on making Pablo Mari’s loan move permanent.

The Flamengo star is also available for £10 million, and that could also see him become a preferred option for the Gunners ahead of the Reims man.

Nevertheless, they have scouted him for the majority of the season and a move for him this summer can’t be ruled out.

Disasi is one of the reasons why his side currently boast of the best defensive record in the Ligue 1, and only Real Madrid have a better record than Reims across Europe major leagues.

It’s why both Tottenham and Arsenal are keen on him, and having both gone after William Saliba last summer, another North London battle for a French kid could be on the cards.