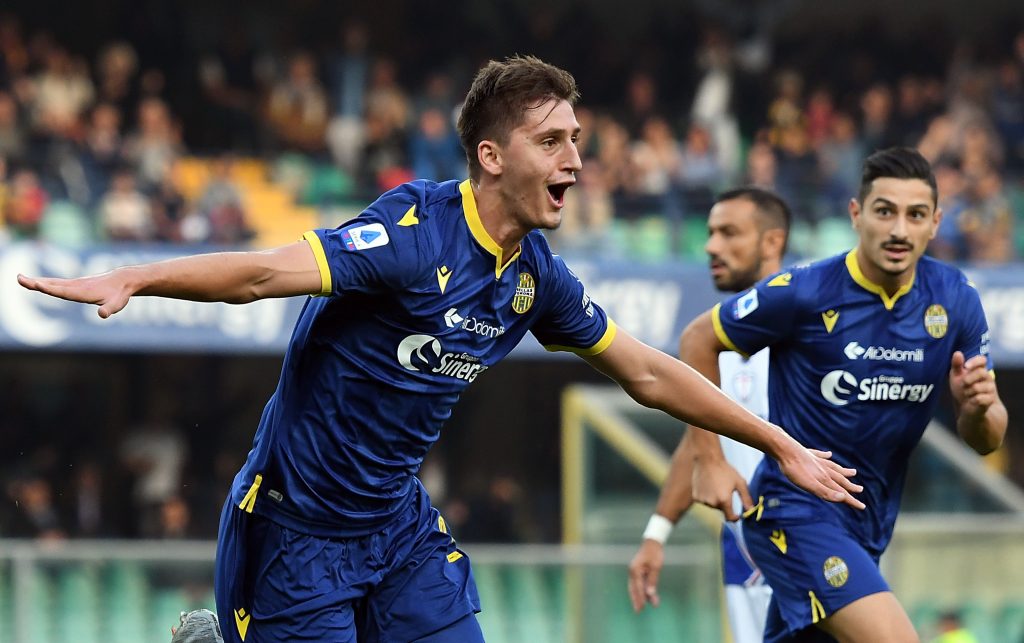 According to Verona-based newspaper L’Arena, Tottenham Hotspur have joined Manchester United and Chelsea in the race for Hellas Verona centre-back Marash Kumbulla.

The 20-year-old is also on the radar of Inter Milan and Lazio despite arriving at the Serie A last summer, and he has been compared to a young Giorgio Chiellini by former Juventus man Federico Balzaretti.

The Albanian helped Verona to seal promotion a year ago and has taken the league by storm.

Spurs boss Jose Mourinho is keen on another centre-back having lost Jan Vertonghen at the end of the campaign.

Juan Foyth is also expected to leave, and Kumbulla could be brought to North London.

Liverpool, Borussia Dortmund, Manchester City and Manchester United have also been linked with the £25 million-rated centre-back, and Spurs have a lot of suitors to contest with for his signature.

Mourinho appears to have confirmed Toby Alderweireld and Eric Dier as his centre-back pairing, with the duo of Davinson Sanchez and Japhet Tanganga expected to provide cover going forward, so spending that much on another defender may not be on the cards with a striker being Spurs’ top priority.

Tottenham kicked off their 2020-21 Premier League campaign with a 1-0 home loss to Everton yesterday, and landing a few quality additions before the transfer window shuts will do them a lot of good.