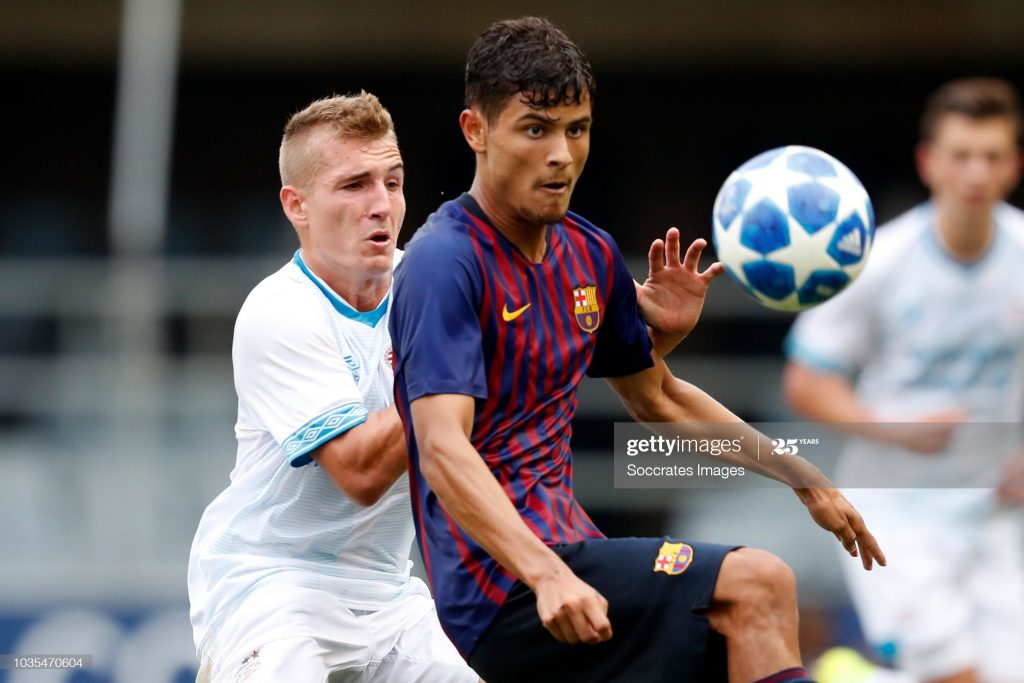 According to Diario AS, Tottenham Hotspur are keen on Barcelona B midfielder Lucas de Vega and are looking to sign him this summer.

The 20-year-old is also wanted by the likes of Sporting Gijon, Malaga, Tenerife and Real Zaragoza after impressing on loan at Segunda Division B side Cartegena last term, making 17 league appearances for the third-tier side.

However, Spurs are looking to part with just €2 million (£1.8 million), but Barcelona want at least €4 million upfront, an additional €4 million in add ons, and they want a buy-back clause to be included in any deal given his huge potential.

Tottenham and two Spanish clubs in for Lucas de Vega. Spurs keen on a permanent deal which puts them in strong position. Fee not agreed though and Barca want a buy-back clause.

The Brazil youth international is a La Masia academy product and remains highly rated by the club.

Despite his little experience playing first-team football, Tottenham boss Jose Mourinho wants him at his side for the new season.

Barcelona would prefer to keep him as a potential future first-team option, though, and it’s why they want to have an option to buy him back anytime they deem it fit.

De Vega impressed against Tottenham in a UEFA Youth League match back in 2018, and it seems that the club scouts have had him on their radar ever since.