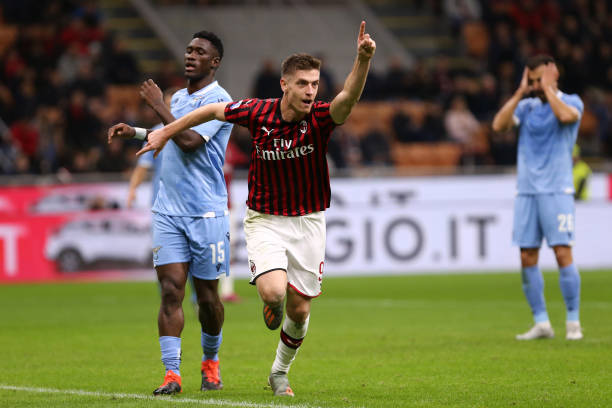 According to The Sun, Tottenham Hotspur have agreed a deal worth £28 million with Serie A giants AC Milan for the signature of Polish striker Krzysztof Piatek this January, and a medical is expected to take place within the next two days.

The 24-year-old is set to put pen to paper on a three-and-half-year contract, and Spurs will part with an initial fee of £23.8 million, with a further £4.2 million to be paid when certain clauses are met.

With Harry Kane set to be out of action until April due to injury, Tottenham were forced to go into the transfer market and sign a replacement, and Piatek will be expected to hit the ground running at the North London club.

The Poland international has just four league goals in 18 appearances this term, prompting the San Siro outfit to re-sign Zlatan Ibrahimovic last week, but he could come good at Tottenham given his heroics in front of goal last term.

Piatek scored 19 goals for Genoa during the first half of the campaign before sealing a £30 million move to Milan in January.

He scored 11 goals for the Rossoneri in 21 games to end a wonderful season, and could fire Spurs to a top-four finish if he recaptures that impressive form under boss Jose Mourinho.