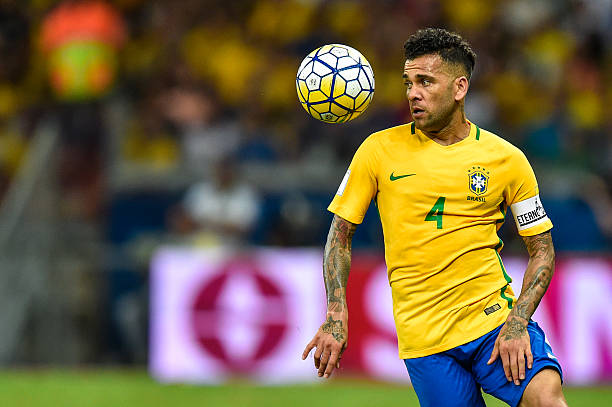 The 36-year-old is a free agent after leaving Paris Saint-Germain last season, and he has already been linked with a return to Barcelona.

Alves isn’t ready to hang his boots yet despite recently becoming the most decorated footballer in the history of the game after Brazil’s Copa America triumph took his trophy haul to 43, and while he has plenty offers on the table, he has a long-held ambition to play in the Premier League.

Spurs will have to convince him to snub Barca and EPL rival Manchester City, but they know he is a short-term option given his age.

The former Sevilla and Juventus star brings a lot to the table, though, and after emerging as the Copa América Most Valuable Player, it is safe to say he is far from finished yet.

Alves can also play in the middle of the park, and should Tottenham let both Kieran Trippier and Serge Aurier go this summer, he could be the perfect man to replace them and get the best out of Kyle Walker-Peters.

The youngster will hugely benefit from the Brazilian veteran in training, and could effectively succeed him once he leaves.

Spurs came short in the Champions League final against Liverpool mainly because of their inexperience.

A player like Alves brings that to the team and his influence in the dressing room would come handy during such an occasion.

Boss Mauricio Pochettino could want to add such a player to his ranks, and the Argentine hardly goes wrong.