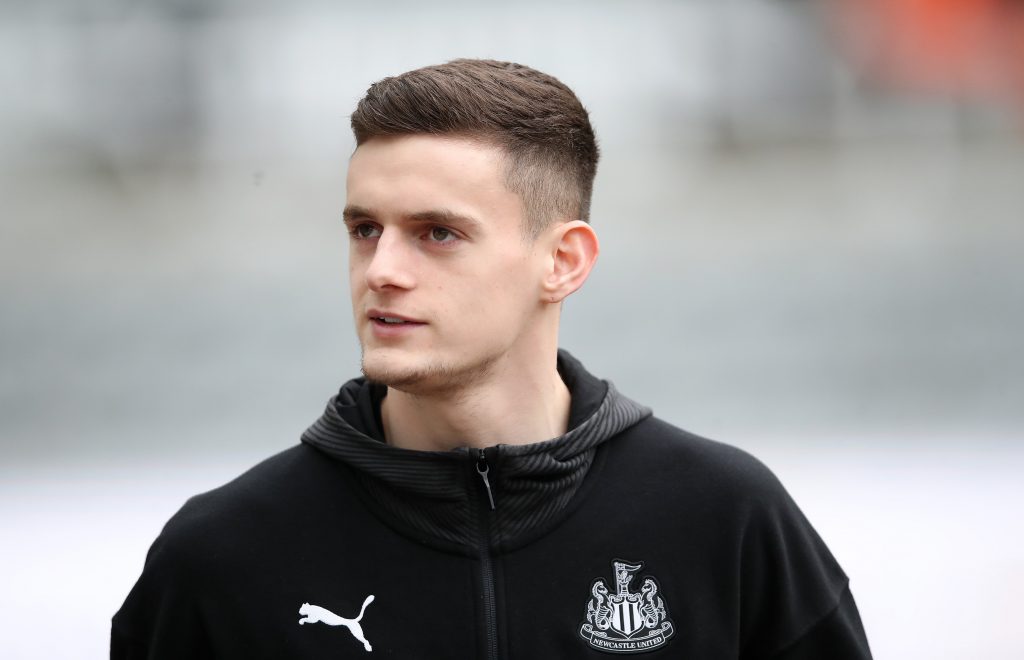 Newcastle United return to Premier League action on June 21 and will host Sheffield United in an empty St. James’ Park.

The Magpies are currently 13th in the league table having picked up 35 points from 29 games, and manager Steve Bruce will hope to lead his side to a strong finish.

The nine remaining league games will come thick and fast, and Newcastle are preparing for the likelihood of injuries following the three months enforced break.

According to The Athletic’s Chris Waugh, the club are being proactive in readying their youngsters for potential involvement in the coming weeks, and under-23 striker Tom Allan could get a look in having already impressed Bruce.

The 20-year-old has scored 14 goals for the under-23s this term and did catch the attention of the fans after coming off the bench to assist Newcastle’s fourth goal against Rochdale in January.

Allan was making his debut in an unfamiliar role at right wing-back, but still managed to put in a memorable performance and didn’t look out of place in the position.

The academy graduate can also on the left-wing and could see action in the coming games as back-up to the senior team attackers having been told he could be called up to training if need be.

Newcastle knocked back loan offers from Championship, League One and Scottish Premiership clubs in January just to have Allan remain at SJP as a cover, and he could finally play that role before the end of the campaign.