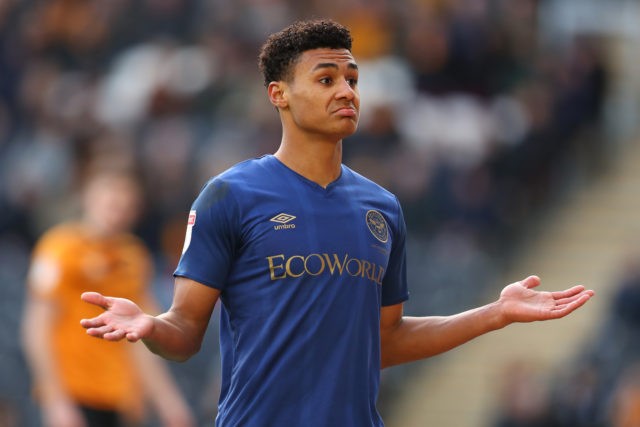 According to David Ornstein of The Athletic, Brentford forward Ollie Watkins is likely to be in-demand in the transfer market.

The 24-year-old forward joined Brentford in 2017 and has established himself as a key player for the club, alongside Said Benrahma and Bryan Mbeumo.

This season he has taken his game to a whole new level, becoming the joint leading scorer in the Championship with 23 goals.

Premier League clubs have been alerted about the existence of a buy-out clause, and this would potentially make the prolific striker an appealing addition this summer.

Watkins, who joined Brentford for £1.8 million from Exeter City in 2017, had a release clause of £10m in his previous deal. However, no suitors took the plunge to secure his signature.

The exciting attacker had signed a new four-year contract, with the option of a further year, last August. The Athletic journalist claims that the present deal has a buy-out clause as well, which could be triggered for as little as £18m.

Southampton and Crystal Palace have closely monitored his situation, and it remains to be seen whether they make a move for him this summer.

Watkins is looking to get into the Premier League with Brentford this season.

Both Southampton and Palace would be looking to add quality players in the attacking ranks, and Watkins would be a fantastic addition to the side.