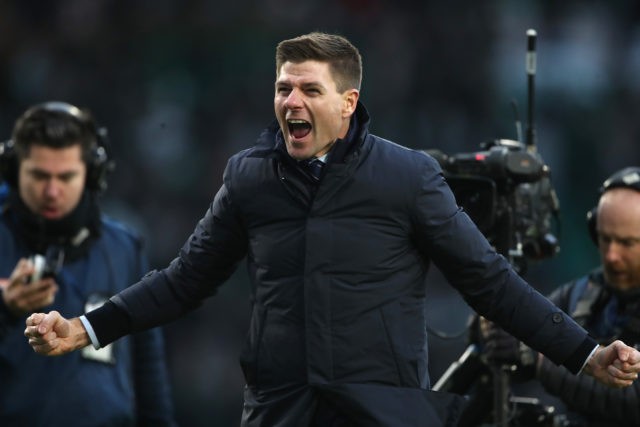 According to The Athletic’s Jordan Campbell, Rangers are working on two deals for young strikers as manager Steven Gerrard looks to boost his squad for next season’s challenge.

While the duo are expected to play a role in the senior team if signed, Rangers also want them to be a part of the development squad too.

Livingston striker Lyndon Dykes remains on the Light Blues’ radar, but there has been no approach to his club, and it will be interesting to see what happens going forward with Celtic also keeping tabs on the Australian.

Florian Kamberi could also be looked following his impressive loan spell, but other clubs are interested in him and have inquired about his services to Hibs.

An approach to have Liverpool striker Rhian Brewster on loan at Ibrox next season has reportedly been made.

Gerrard will need to get it right in the summer transfer window to boost his chances of stopping Celtic’s 10-in-a-row bid, and the club continue to look at ways to improve their scouting.

To that end, Rangers are working with Analytics FC – a football analytics company with proven experience in delivering data-driven solutions to football clubs – and Mrkt Insights – who create tools clubs can use to improve their recruitment process.