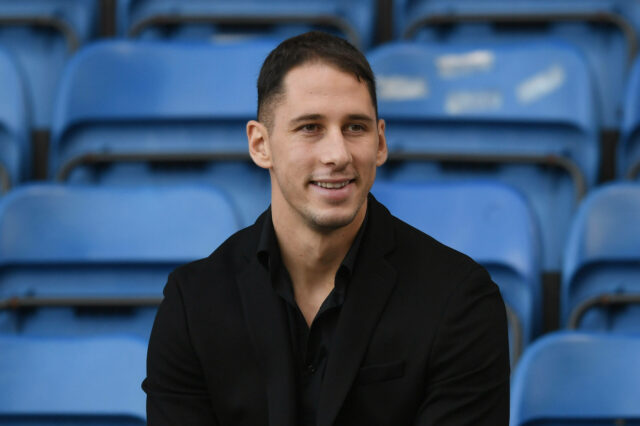 Rangers defender Nikola Katic has been told that he has no future at Ibrox, according to the Scottish Sun.

The report claims that the Croatian defender will be sold before the end of the transfer window.

The 24-year-old missed the whole of last season after suffering a knee injury in training, but he has recently claimed he is raring to go this time.

However, he is not in Steven Gerrard’s first-team plans, and the club are looking to sell him.

Katic joined on a four-year deal from Slaven Belupo in 2018. He signed a contract extension the following year and has a contract until 2023.

Rangers have enough depth at the back, with Katic behind Connor Goldson, Filip Helander, Leon Balogun and Jack Simpson in the pecking order.

According to Glasgow Live, Katic has been left ‘shocked’ at claims he has been told to leave the club.

The centre-back has just returned from a bad knee injury and is working on developing his full fitness.

He is focused on getting back into the first team and isn’t interested in leaving the club.

His agent was in Glasgow last week to enquire about the veracity of such claims. Katic feels he still has a future at Rangers and wants to continue at Ibrox.

It would really be unfair on Katic if Rangers decide to sell him this summer.

The Croatian made 30 appearances in his first season at Ibrox and was impressive during the 2019-20 campaign.

He needs time to settle down after a long injury lay-off but could prove to be a vital player for Gerrard’s side once again.

The Scottish Premiership champions have made a stuttering start to their new season, having lost 1-0 against Dundee United in their last league game.