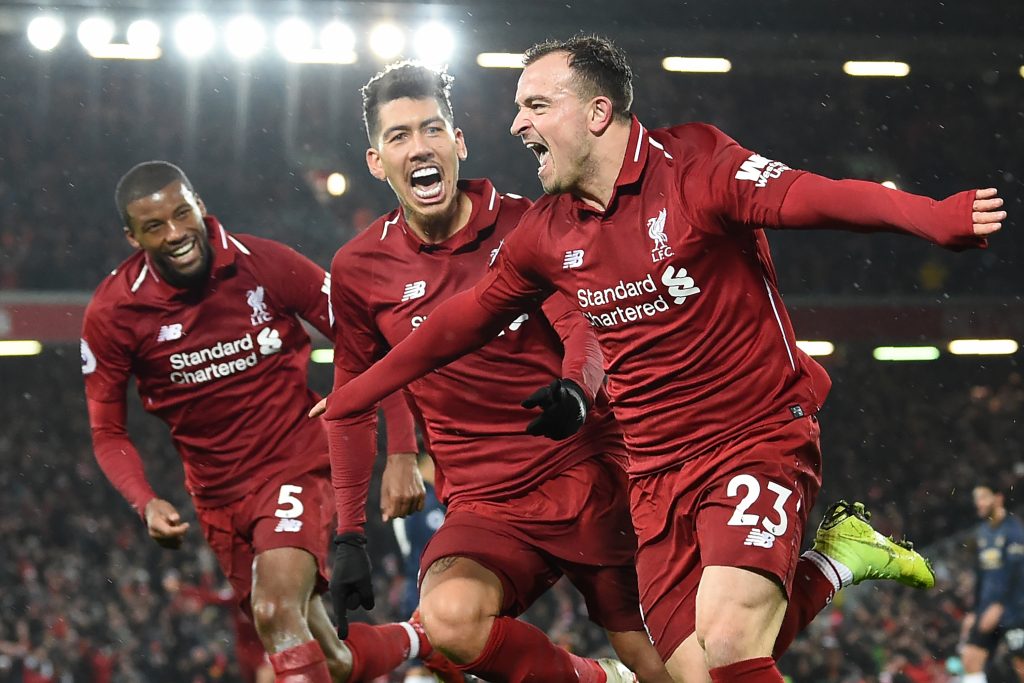 According to The Telegraph, Liverpool forward Xherdan Shaqiri & Tottenham Hotspur left-back Danny Rose could be joining Newcastle United this month with Magpies boss Steve Bruce on the lookout for a full-back and a creative wide forward.

While the club don’t have a lot of money to spend in the winter transfer window, owner Mike Ashley could be ready to approve some incoming deals if some unwanted players can be moved on.

Newcastle are likely to solely rely on loan deals as Bruce looks to bolster his squad for the second-half of the season, and the aforementioned duo could leave their clubs this month.

Rose was excluded from Spurs’ Premier League squad and has been left to train and play with the side’s under-23s.

He will become a free agent at the end of the season, and while he can choose to remain in North London till summer, he could be keen to return to Newcastle for first-team football.

He spent the second-half of last season on loan at St. James’ Park, and a return could be on the cards.

PAOK left-back Dimitris Giannoulis is set to be offered to the Magpies once more, and it’s safe to say that the club won’t be short of left-back options in the coming days.

Shaqiri was linked with Newcastle during the summer transfer window, and he could be keen to join after struggling for playing minutes at Anfield thus far this season.

The 29-year-old has only made three Premier League appearances in 2020-21, with all coming off the bench and totalling 52 minutes.

Shaqiri will surely play regularly at a side like Newcastle given his quality, and it will be interesting to see whether a move would work out this month.