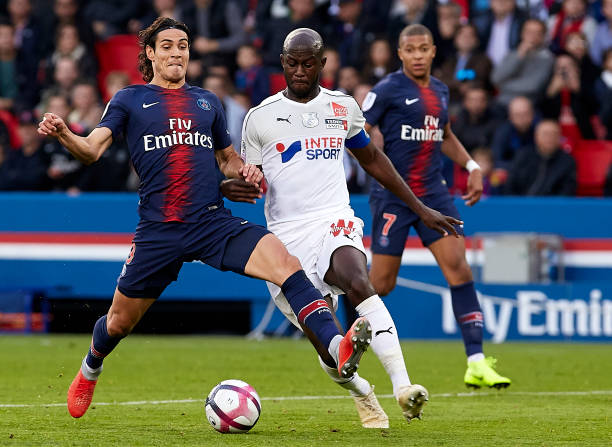 According to le10sport, Amiens centre-back Prince Gouano is a wanted man in the English top-flight, with Newcastle United and West Ham United keen on a January move for the Frenchman.

Watford are also interested in the services of the 26-year-old, and the Amiens skipper could be on his way back to England having spent the 2015-16 season on loan in the Championship with Bolton Wanderers.

Gouano featured in just three league games before missing the remainder of the first half of the season to injury, and is currently under contract until 2021.

Newcastle aren’t particularly in dire need of another centre-back given the plenty options they have in the department, but the Hammers could do with one more centre-back as boss David Moyes looks to add depth to his squad.

Gouano stands at 6ft 2in, and is somewhat of a journeyman.

Juventus once signed the former France youth international, but he didn’t get to feature for the senior team, and has since played for the likes of Virtus Lanciano, Vicenza, RKC Waalwijk, Rio Ave, Gaziantepspor and Vitória Guimarães before Amiens went after him in 2017.

It remains to be seen if Magpies boss Steve Bruce will be firming up interest in Gouano, but nothing can be ruled out, although Newcastle fans will appreciate if a quality striker can be signed instead.