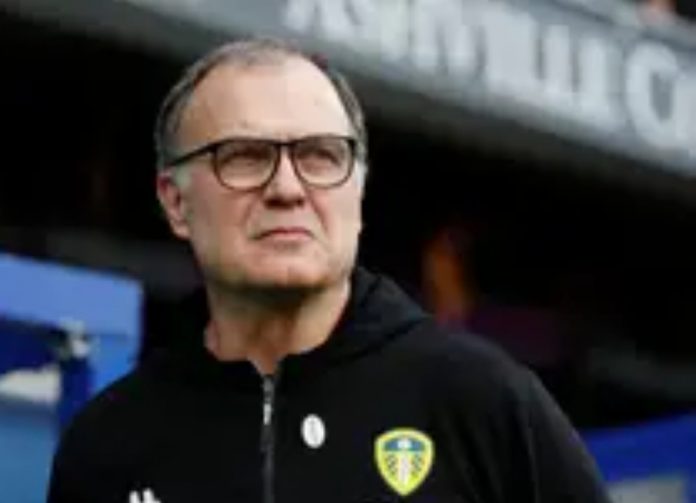 Marcelo Bielsa held a hastily organised press conference this afternoon. Early suggestions were that the Argentine would be resigning from his post. However, this turned out to not be the case.

The Argentine has been embroiled in what has been dubbed ‘Spygate’, after a Leeds United official was caught outside Derby County’s training ground prior to last Friday’s match between the two clubs.

Leeds went on to win the game 2-0 with Bielsa admitting the blame for the incident lay with him.

The whole saga has led to a mixed reaction from both fans and pundits. Some suggesting it’s just part of the game, whilst others have asked for sanctions to be taken against the 63-year-old, and the club.

The EFL have announced an official investigation will take place. Although it is unknown what punishment could be enforced.

Speaking to the assembled press at the club’s Thorp Arch training ground. Bielsa clarified his reason for calling the press conference was so not to impact on tomorrow’s pre-match briefing. Courtesy of Yorkshire Post live blog He said:

“I with the goal of gaining a sports advantage have been seen to damage fair play. I already said I was responsible for this situation. The person who did it followed my orders and I am the only responsible one. My behaviour has been debated and many people have made an opinion. Many have condemned the act of behaviour. They’ve said it was immoral and violated the fair play and cheating. The club thought it was obliged public excuses to Derby County. I was publicly told that my behaviour was not respecting the principles and integrity that are the basis of the club”.

Bielsa continued by showing a desire to help the investigation.

“My goal is to make the investigation easier. I don’t think this will make it worse what they’re looking for than what I am saying right now. By doing that I assume the possible sanctions they will give me”.

Bielsa also talked about the fairplay aspect with regards to his actions.

“I don’t want to compare my behaviour with the past. I’ve heard that there are other behaviours that effect the fair play but I absolutely do not want to defend myself by attacking others”.

The Argentine did point out his actions are not illegal in any way.

“I don’t want to point to any other situation that is not linked to my responsibility. Regarding what I have done, what I have done is not illegal. It’s not specified and it’s not restrained”.

However, the former Atletico Bilbao boss did point out not everything legal is correct.

I know that not everything is legal is right to do. Because you have many things that are legal but they’re not right. All the wrong things that you do are not done with bad intentions.”.

Bielsa continued for some time, by going into great detail about how he analyses opponents.

It is not known what will happen with the investigation. But for now Leeds fans will have a huge sense of relief. The Whites are top of the Championship, four points clear after 27-games.

Losing Bielsa could have jepardised their attempt to end their Premier League exile, hampering a much-needed return for the first time since 2004.