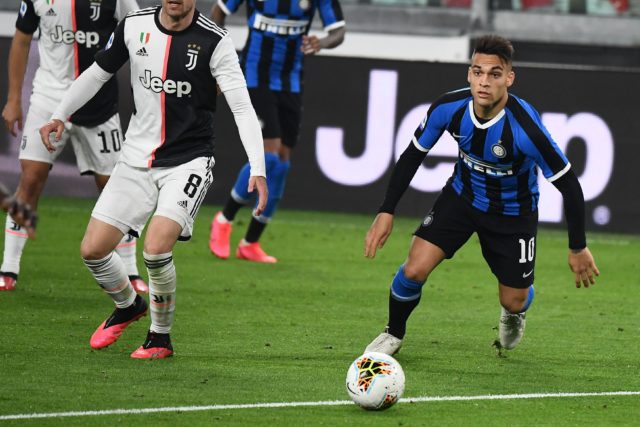 According to reports from Sport (h/t The Sun), Lautaro Martinez has already agreed personal terms with Barcelona.

The 22-year-old has scored 16 goals in 31 outings in all competitions so far this season.

Martinez has moved one step closer to a move away from Inter Milan and his move could signal the end of Luiz Suarez’ time in Spain.

The Uruguayan striker has recently turned 33 and the Catalan giants are looking for his long-term replacement. Suarez, who joined Barcelona from Liverpool, has scored 142 goals in 180 league games for the La Liga giants.

Martinez reportedly has a buyout clause of £102m. Barcelona have now agreed a personal deal with the player but their transfer fee is yet to be discussed.

According to reports from the Daily Star, Manchester United are also interested in signing the striker who has scored 16 goals in all competitions.

The Red Devils are keen to bolster their strike department this summer, and have been linked with a lot of strikers including Martinez and Pierre-Emerick Aubameyang.

The news will come as a blow for United. Martinez would be a great signing for the Red Devils, but now it seems he is heading towards Barcelona instead.