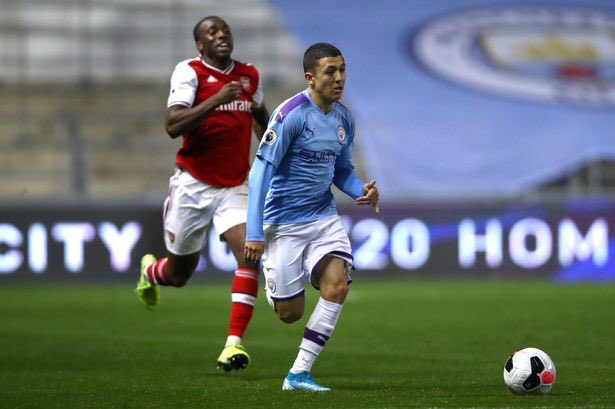 According to reports from Leeds Live, Leeds United are set to complete the signing of Manchester City teenager Ian Poveda.

The report claims that the Whites will sign the exciting young winger on a permanent deal, either this month or in the summer after an initial loan period.

The England Under-20 international is a versatile winger who can play on both flanks. It has been claimed that the 19-year-old is highly rated by both Marcelo Bielsa and Victor Orta.

In fact, Leeds have watched the youngster in action during a recent City Under-23 game.

Leeds are looking to sign a winger this month after Jack Clarke’s loan has been terminated. The young winger has returned to Tottenham Hotspur, and Poveda is believed to be his replacement.

Poveda is an exciting young talent, and his record for the Under-23 side is very impressive. He has been involved in 14 goals in 37 games.

The youngster is in the final months of his contract at Manchester City. Leeds can sign him permanently this month or sign him on loan now before completing a permanent deal next summer.

Leeds United are also close to signing Chievo goalkeeper Elia Caprile. In that case, Poveda could become the club’s second signing of the window with the deal likely to be completed next week.