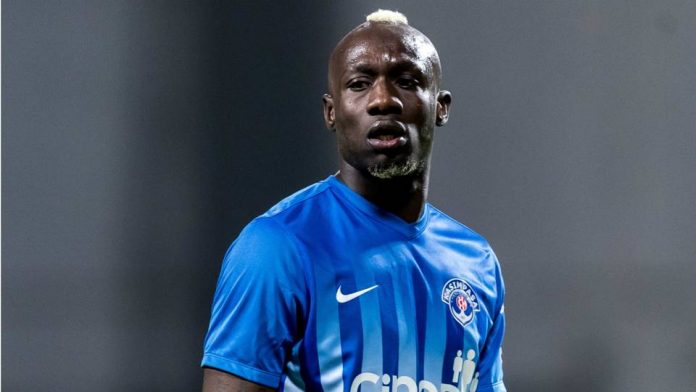 According to Turkish newspaper Takvim (via Sport Witness), Leeds United are preparing for life back in the English Premier League and are keeping tabs on Galatasaray striker Mbaye Diagne as boss Marcelo Bielsa looks to strengthen his squad ahead of the huge task ahead.

The Senegalese is currently on loan at Belgian side Club Brugge but could have been at Elland Road already as Leeds wanted him in the summer of 2018.

Diagne is also wanted by Watford and Nottingham Forest, and the availability of Premier League football would likely play a huge role in his next transfer decision.

While he didn’t particularly impress at Brugge before they were declared league winners, the striker bagged 30 goals in 29 league games for both Kasımpaşa and Galatasaray last season and is far from finished.

Work permit issues prevented Leeds from landing their man last summer, but that has now been sorted out and a move could be on the cards again.

Diagne was once on the books of Juventus, and that highlights his quality despite failing to make any appearance for them.

Leeds are waiting to see the financial impact the coronavirus will have on their summer transfer plans and are yet to table a bid for the 28-year-old, and it will be interesting to see how things go in the coming months.