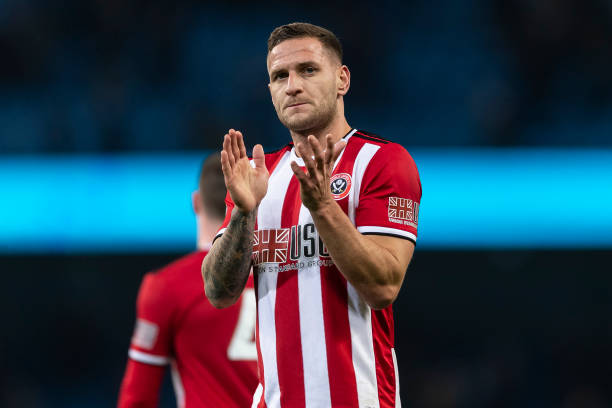 According to YEP, Leeds United are keen on a potential move for Sheffield United striker Billy Sharp as they look to bring in a replacement for Eddie Nketiah.

Southampton striker Che Adams is on top of their wishlist, but the Saints don’t want the former Birmingham City star to leave on loan as boss Ralph Hasenhuttl looks to have all his strikers available for any potential relegation battle.

Leeds were dealt a huge blow last January after a move for former Swansea City winger Daniel James fell through at the very last minute, and they want to avoid a reoccurrence, hence a plan B – Sharp.

Chris Wilder has revealed that the Blades star will be allowed to leave this month should he opt to, but it remains to be seen if he will fancy playing second fiddle to Patrick Bamford.

Sharp, 33, has scored 228 league goals in the last 11 seasons, and could be a valuable and experienced addition to the Leeds attack.

A return to Elland Road could tempt him, though, after he scored five goals in 17 league starts during the 2014-15 season, but the Whites aren’t the only side interested in his services.

Should they fail to land Adams or Sharp, Leeds will definitely go for other options with head coach Marcelo Bielsa in need of a quality cover and competition for Bamford, and it will be interesting to see who arrives.