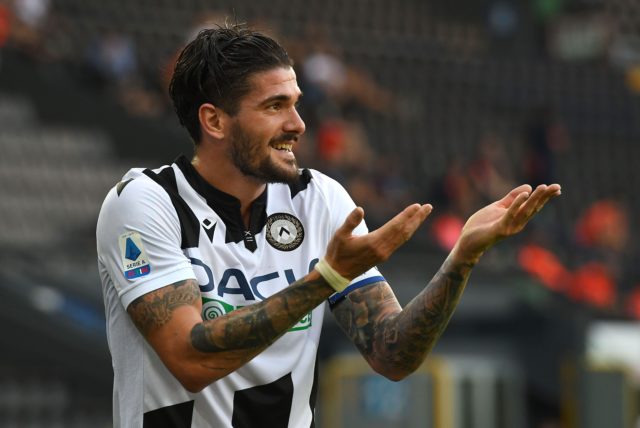 According to Italian journalist Nicolo Schira, Leeds United have agreed personal terms with Udinese midfielder Rodrigo De Paul, with the Argentine ready to put pen to paper on a four-year deal.

#Leeds have agreed personal terms with Rodrigo #DePaul for a contract until 2024 (€3M/year). The argentinian midfielder is still #Bielsa’s first choice. #Radrizzani is working to reach an agreement with #Udinese (ask €35-40M). #LUFC have offered €28M + add-ons. #transfers

The Italian club want around £37 million for his signature, but the Whites have only offered £26 million (plus add-ons) at the moment.

Leeds owner and chairman Andrea Radrizzani is looking to seal an agreement with Udinese, with De Paul firmly in the plans of head coach Marcelo Bielsa.

The 26-year-old hinted that he is keen on moving to Elland Road this summer last night, replying to Leeds fanzine The Square Ball before quickly deleting his message.

Leeds kicked off life back in the Premier League with a 4-3 loss at the hands of Liverpool at Anfield on Saturday, and they clearly lacked a top creative force in the middle of park.

Bielsa knows he needs a creator-in-chief for the challenges ahead in the top-flight and reportedly contacted Marseille veteran midfielder Dimitri Payet earlier this summer to get him to sign for the Whites.

The Frenchman rejected the offer, but Leeds could be landing a similar player in De Paul.

The Argentine international scored seven goals and assisted another six in 34 Serie A games last term, and his services will come very handy at Leeds if recruited.