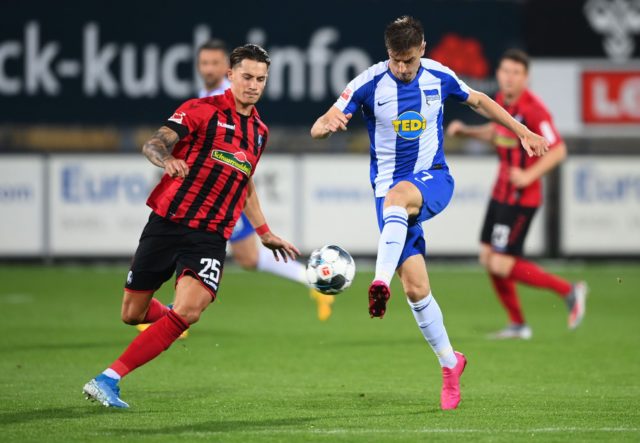 According to The Athletic’s Phil Hay, Leeds United are close to sealing a move for Freiburg centre-back Robin Koch, with both clubs ready to do business for around £13 million.

The Elland Road outfit are looking to have the 24-year-old in England for a medical over the weekend if terms with the German side can be finalised in the coming hours.

Leeds were keen to sign Ben White permanently from Brighton and Hove Albion after helping them secure promotion last season while on loan, but the Seagulls want him to play for them next season and that has seen the Whites look elsewhere.

Koch had been on the radar of Leeds’ scouts for a while, and they had him as back-up should a move for White fall through.

Discussions between both clubs have progressed positively in the last two days, and the Germany international is set to become Leeds’ second first-team signing of the summer with an announcement expected to be made for Valencia striker Rodrigo anytime soon after he accepted a four-year contract earlier this week.

Koch can also play as a defensive midfielder, and the fact that he is part of a star-studded Germany squad speaks volumes.

The soon-to-be Leeds man has been called up for September’s UEFA Nations League clashes with Spain and Switzerland, and he will be keen to impress and make next summer’s European Championship squad.