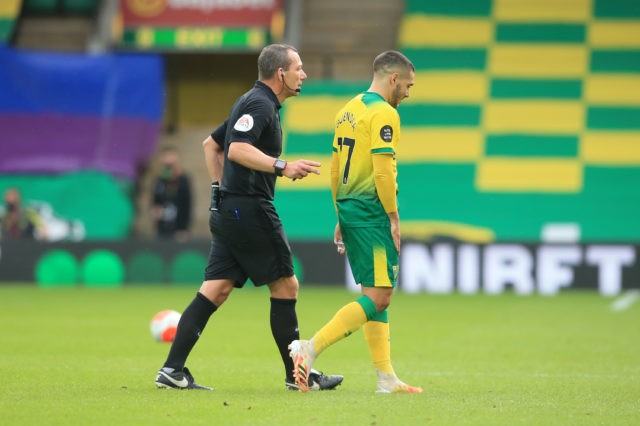 Leeds United will be looking to sign at least four to five new players in the summer transfer window.

Marcelo Bielsa will be backed with funds by owner Andrea Radrizzani following Leeds’ return to Premier League after 16 years.

Despite having players like Jack Harrison, Pablo Hernandez and Helder Costa, Leeds will still look to sign a creative attacking midfielder this summer.

According to reports from The Athletic, Leeds have made contact with Norwich City about the availability of Emiliano Buendia after the Canaries dropped back to the Championship.

The enquiry was “only a small ask”, and doubts remain about whether Buendia is the right profile of player Bielsa should be looking to buy.

The 23-year-old attacking midfielder boasts an undeniable ability, but he has offered a limited goal threat. Last season, he scored only once in 39 appearances in all competitions. However, he did register seven assists.

Buendia is certain to attract interest from several other Premier League clubs, but Leeds should look for options elsewhere.

Leeds have shown interest in Wigan Athletic’s Joe Gelhardt, but limited first-team appearances means he could be a risky signing.

The Whites are reportedly interested in the Brentford duo – Said Benrahma and Ollie Watkins – while QPR’s Eberechi Eze has an attractive profile as well.