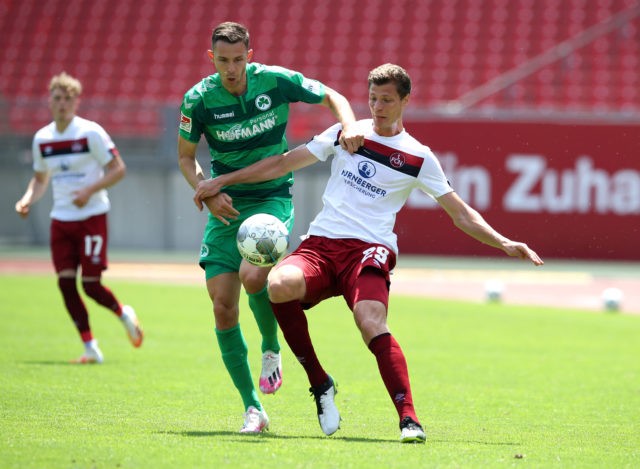 According to reports from German newspaper Bild, Leeds United and Queens Park Rangers have made enquiries to sign Patrick Erras.

The 25-year-old midfielder is now a free agent following the expiry of his contract at Nuremberg.

He has appeared 23 times last season as the German club avoided relegation to the third tier. Despite staying up, it seems Erras has decided to seek pastures new.

Nuremberg haven’t given up on the hopes of re-signing him, but they have a slim chance of having him in their squad for the next season. He is determined to move with German club Werder Bremen showing interest in him.

The versatile midfielder, who can also play as a centre-back, is also wanted by other German clubs. In England, Leeds and QPR are showing keen interest in signing him and have made initial approaches.

He could be tempted to join Leeds if the Whites secure promotion to the Premier League.

Erras would be a very good signing for Leeds. Marcelo Bielsa’s side needs an additional defensive midfielder along with Kalvin Phillips.

Moreover, he can play as a centre-back and offers a threat from set-pieces. Still only 25, and available on a free transfer, Leeds must not miss out on the opportunity of signing him.