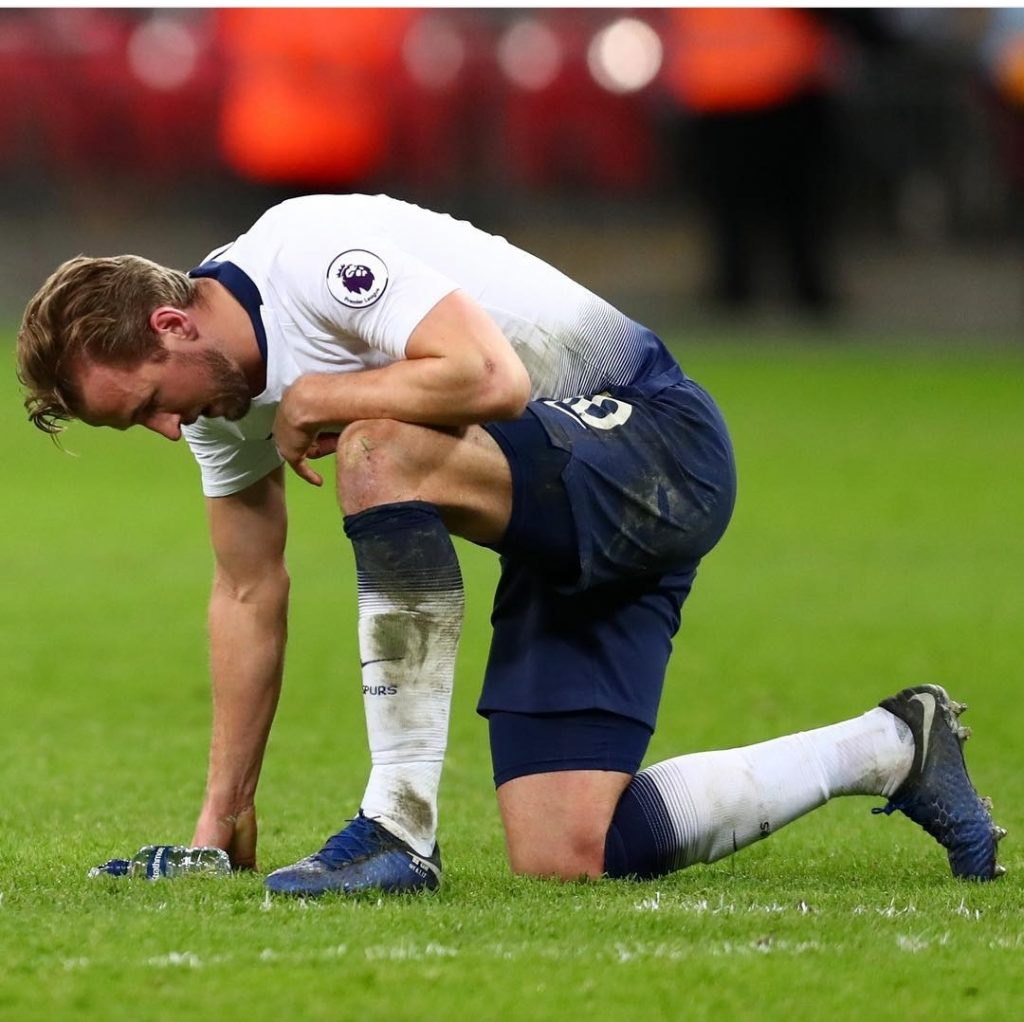 Tottenham striker Harry Kane has posted an update about his fitness on Instagram. A video showing himself, includes a caption saying ‘Walking with both trainers again’

The post is a sign that the England captain is making good early progress as he battles back from anterior cruciate ligament damage to his left ankle.

Following scans it was officially announced by the club that the 25-year-old will be out until early March.

Missing Kane is a huge blow for Tottenham, although they did get past Fulham at the weekend without their talisman thanks to injury-time winner by Harry Winks.

Spurs fans will see this post as a huge lift as they prepare for tonight’s crucial Carabao Cup semi final second leg against Chelsea.

Kane has been an influential figure for the north London club, scoring 160-goals in 244-appearances for The Lilywhites. Twenty of those goals have come this season, and finding a suitable short-term replacement has been a huge talking point. However, Mauricio Pochettino is keen to stick with the squad as it is.

With Heung-min Son away on international duty, and Dele Alli also out injured, Tottenham are looking to Spanish veteran Fernando Llorente to fill the void.

Today’s news will give a feeling that Kane could return sooner rather than later. Fans will have hope he could regain full fitness for the north London derby on the 2nd-March or maybe the second leg of their Champions League tie with Borussia Dortmund the following Tuesday.