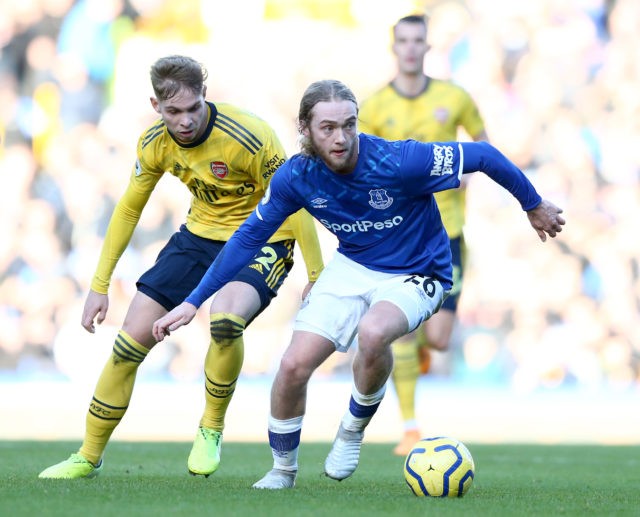 According to reports from The Mirror (transfer live blog, 14.49), newly-promoted Premier League side Fulham are keen to sign Arsenal starlet Emile Smith Rowe this summer.

The report claims that the Cottagers want to take the 20-year-old prospect on a season-long loan. They are hoping to offer him regular Premier League games.

There have been interest from Monaco to sign the forward who was part of the England under-17s World Cup-winning squad in 2017. However, the Gunners have knocked back their approach.

Smith Rowe went on loan to Huddersfield last season, and chances are high that he would be sent on loan again. However, he is extremely highly-rated at Arsenal, and the Gunners would want him to play for a Premier League club.

Fulham, however, are not alone in the race to sign the young forward. The report claims that Leeds and Crystal Palace have also shown interest.

The London club are pushing hard to sign him as they look to try and bolster their squad following promotion to the top flight.

Another youngster to join Leeds?

While Marcelo Bielsa’s side are working hard on bringing in proven quality to bolster the first-team, the Whites have done really well to bolster their youth setup.

Leeds have already signed Dani van den Heuvel (17) from Ajax, Codey Drameh (18) from Fulham, Joe Gelhardt (18) from Wigan and Charlie Allen (16) from Linfield. They are also interested in signing Sam Greenwood from Arsenal.

It remains to be seen whether Leeds can sign both the players from the same club in the next few days.