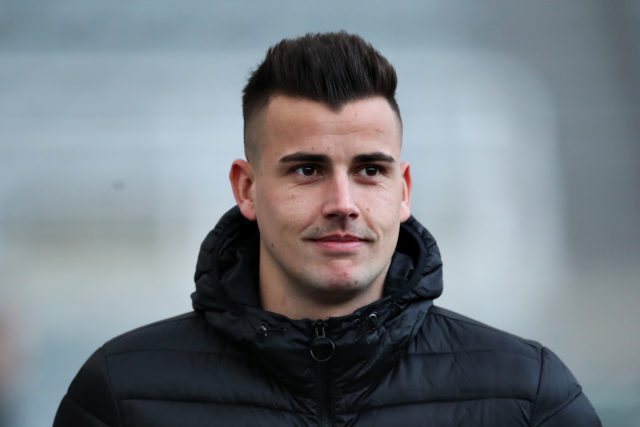 Newcastle United currently have no players in the latest England squad, but they have had the likes of Callum Wilson, Andy Carroll and Jonjo Shelvey all feature for the Three Lions at various times in the past.

While the summer arrival is the only Magpies player that appears to have a realistic chance of forcing his way into Gareth Southgate’s squad if he scores loads of goals this season, Newcastle could have at least two players representing the country in next summer’s European Championship.

According to The Athletic’s Chris Waugh, the Three Lions are watching goalkeeper Karl Darlow and have been following him closely since 2017.

The Newcastle man has been in goal for all of the side’s three Premier League games of 2020-21 due to Martin Dubravka’s injury, and his performance in last weekend’s 1-1 against Tottenham Hotspur definitely caught the eyes.

Former Magpies manager Rafa Benitez wasn’t a huge fan of Darlow, though, signing the Slovakian in January 2018 as a result.

The Spaniard tried to sell the 29-year-old, with transfers to Middlesbrough, Celtic and Reading all-but agreed, only to fall through.

Darlow saved 12 out of the 13 shots he faced against Tottenham, and he would have to keep replicating such performance on a weekly basis to have a chance of retaining his berth at Newcastle.

Playing for England will even require more with Southgate a fan of ball-playing goalkeepers.

The Three Lions currently have Jordan Pickford, Nick Pope and Dean Henderson as their goalkeeping options, while the likes of Aaron Ramsdale, Alex McCarthy, Sam Johnstone and even the injured Tom Heaton are all looking to pip the trio to a spot.

Darlow will have to establish himself as one of the best three English goalkeepers in the top-flight and the best in Newcastle to have a chance of representing the country, and that could be the toughest challenge he has ever faced in his career.