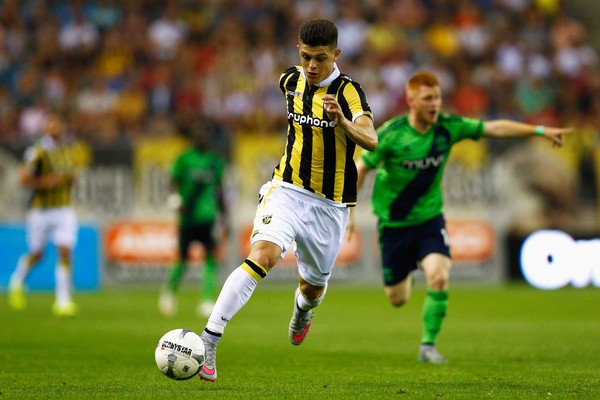 It seems Crystal Palace have already started planning about the summer transfer window, and the latest player to be linked with the Eagles is Werder Bremen winger Milot Rashica.

According to Calciomercato, the Eagles are keen to sign the 22- year-old following his impressive performance last week.

The Kosovo international, who joined Bremen from Vitesse Arnhem, produced a brilliant performance recently during Bremen’s 4-0 win against Augsburg where he scored two fantastic individual goals.

Palace would be looking to reinforce their attacking options in the summer transfer window, and it seems they have expressed an interest in landing the jet-heeled winger at Selhurst Park.

The Eagles have severely lacked pace and edge in their attack, and although Rashica is an unproven talent at the top level, he could still be a decent signing for Roy Hodgson’s side.

Palace find themselves 13th in the Premier League with 27 points, just three points above the drop zone. It remains to be seen whether they continue to monitor him till the end of the season, before making a concrete move in the summer.