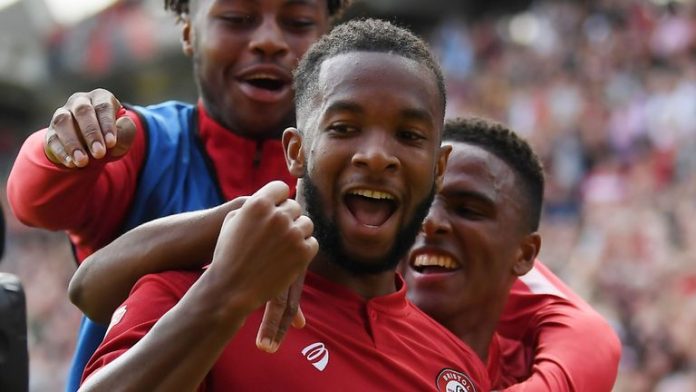 According to reports from Bristol Live, Crystal Palace and Swansea City have stepped up their chase to sign Kasey Palmer from Bristol City in the January transfer window.

The report claims that the Swans have made an official approach for the former Chelsea attacking midfielder, while the Eagles have enquired about his situation. Another unknown Premier League side and a Bundesliga outfit have also registered an interest in the 23-year-old.

Palmer is open to leaving the Championship club in the January transfer window because of his lack of playing time. Furthermore, his relationship with club boss Lee Johnson has continued to nosedive.

The midfielder feels he has been continuously given the cold shoulder treatment and the manager does not believe in him. He was left out of the squad to face Brentford on Wednesday and despite being fully fit was seen completing fitness drills with Tommy Rowe before the match began.

He has scored one goal and provided three assists in 11 starts in the Championship this season. With Palmer not opposed to leaving Ashton Gate, a move to Selhurst Park cannot be completely ruled out in January.