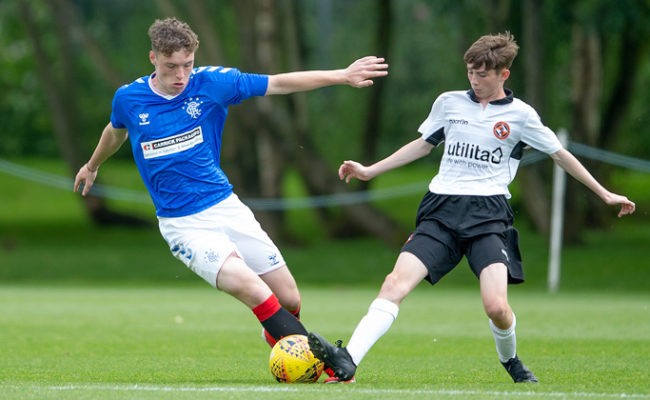 According to The Athletic’s Jordan Campbell, Rangers centre-back Leon King, 15, is attracting some of the biggest clubs on the planet, with the likes of Chelsea, Liverpool and RB Leipzig monitoring his development.

The teenage sensation has already featured for Graeme Murty’s development squad on several occasions, and the Ibrox outfit – who have since offered terms and held several meetings with his representatives – are hoping he can sign a professional contract with them when he turns 16 in January.

Chelsea and Liverpool sent representatives to watch King during the development side’s 2-1 loss to Carlisle last month, and the Anfield outfit are said to have been keeping an eye on him for the past year.

Rangers play Celtic in a closed-doors Glasgow Cup tie tomorrow, and scouts are expected to be present with the youngster set to feature.

King was named player of the tournament at last year’s JD Club Northern Ireland tournament, and has shown his swift growth and development having debuted for Rangers under-20s last year and the under-19s last month.

Light Blues boss Steven Gerrard is keen on King’s future given his huge potential, but with his childhood club, Chelsea and co. all interested in his services, the Scottish Premiership giants could have a huge fight on their hands in January.

The temptation to play in the English top-flight and the financial attraction could deal a huge blow on Rangers’ chances of holding on to their gem, and they will have to settle for a tribunal fee between £400,000 and £500,000 if it comes to that.