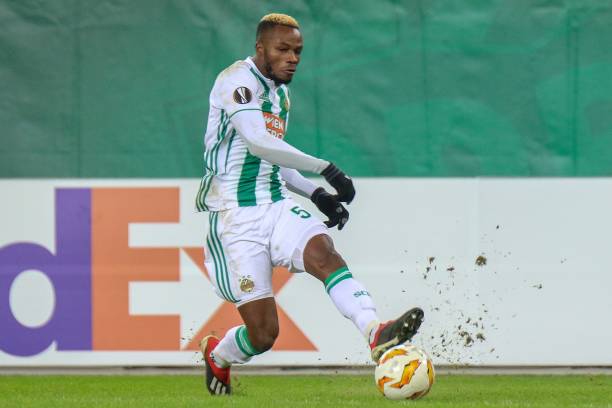 According to Sky Sports Austria, Celtic are closing in on Rapid Vienna left-back Boli Bolingoli as they prepare to sell Kieran Tierney to Arsenal for around £25 million.

The 24-year-old, a cousin of Manchester United striker Romelu Lukaku, has a market value of around £3 million, according to transfermarkt, and a move is nearing completion.

Celtic are definitely preparing for Tierney’s exit by the look of things, but it remains to be seen if Arsenal are ready to meet their asking price and demand.

The Hoops star is also wanted by Napoli, and the Gunners, who saw a bid worth £15 million rejected last month, could miss out on him if the Serie A side convince Celtic and the full-back with a juicy offer.

Burnley were interested in bringing Bolingoli to the English Premier League this summer, but the Scottish giants appear to have beaten them to his signature.

The Belgian came through the youth ranks at Club Brugge, making a move to Vienna two years ago.

He has since made 73 appearances for the Austrian side, scoring three goals and assisting another 10, and will definitely be a great addition to the Celtic backline and a perfect replacement for the likely-to-depart Tierney.