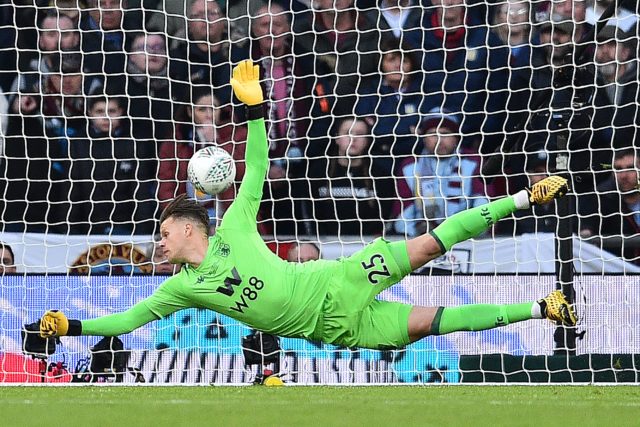 According to reports from Fanatik, Turkish giants Besiktas are interested in signing Aston Villa goalkeeper Orjan Nyland in the summer transfer window.

The 29-year-old joined Aston Villa in 2018, and has made over 30 appearances for the club. He made 23 appearances in the Championship last season, but has dropped down the pecking order behind Tom Heaton and Pepe Reina.

The Norway international has made just one start in the Premier League this season, and further two appearances have come from the bench.

He has a contract at the club till 2021, but chances are high that he could be sold in the summer if the offer is right. Besiktas are in the hunt to sign a new goalkeeper as they are not keen to sign Loris Karius on a permanent deal.

Karius joined Besiktas on a two-year loan deal in 2018, and he will be returning to Liverpool this summer. The German goalkeeper’s form has dipped at Besiktas and he has made a series of errors in recent months. Now the Turkish club have decided not to make his loan deal permanent.

They have an option to sign him permanently for just £7.25million, but they are not planning to trigger the clause. According to a recent report from Voetbal, West Ham are interested in signing Karius.