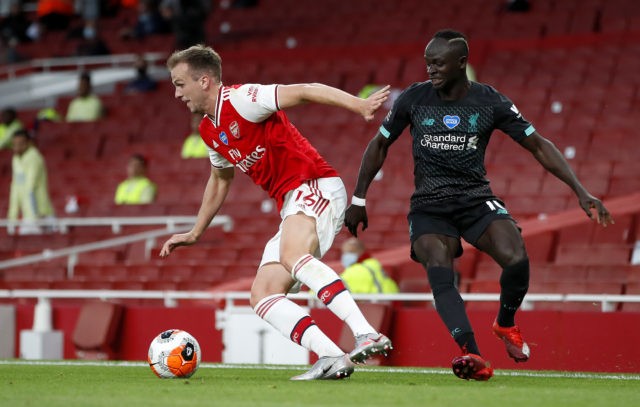 Newcastle United have confirmed today the signing of Callum Wilson, who joined the Magpies from AFC Bournemouth for a fee in the region of £20m.

The Magpies are also reportedly close to signing Ryan Fraser and Jamal Lewis. However, they are likely to suffer disappointment in their attempt to sign Rob Holding from Arsenal.

According to Sky Sports journalist Keith Downie, the Magpies may have to bide their time depending on whether Arsenal decide to bring in a replacement.

The proposed bid has been kept on hold. According to Sky Sports, Arsenal are currently unwilling to allow the defender to leave.

Newcastle retain an interest in the 24-year-old but it seems they may have to wait to see if there’s any change in the situation or look for options elsewhere.

Understand Newcastle’s attempts to bring in Rob Holding are currently…on hold. Newcastle retain interest in the player but may have to bide their time depending on whether Arsenal decide to bring in a replacement or not #NUFC #AFC

Leeds United have been linked with a move for Holding as well this summer.

However, the Whites have already signed Robin Koch from Freiburg, and are reportedly close to securing a deal for Dinamo Zagreb centre-back Josko Gvardiol. So, chances are low that Leeds will move for the Gunners defender this summer.

Arsenal have already signed Brazilian defender Gabriel this summer, but it seems they are still in the market to sign another centre-back.