Newcastle United are yet to spend a dime in the transfer window this summer and they could soon be announcing a third arrival without still splashing out any cash.

Jeff Hendrick and Mark Gillespie have both arrived as free agents, and former Bournemouth winger Ryan Fraser could follow suit.

Newcastle reportedly have about £30 million to spend this summer, but that wouldn’t have been the case had Saudi Arabia’s Public Investment Fund completed a £300 million takeover.

The Amanda Staveley-led consortium had huge plans for the Magpies, and a squad rebuilding could have been taking place at the moment if the Premier League had approved their plans.

PIF had plans to become the next Manchester City, and Newcastle could have been competing with the former league champions in the transfer market this summer.

According to The Athletic’s George Caulkin, PCP Capital Partners owner Staveley had frequent discussions with her football advisors about who they might bring to St. James’ Park this summer, and they thought they had a chance with Nathan Ake and Ferran Torres.

The Dutchman and Spaniard were with Bournemouth and Valencia respectively at the time, but have since joined Man. City.

We would never know if Newcastle might have spent less or more than £62 million on the duo if Staveley were calling the shots, but the fact remains that there would have been significant investments in the squad if the takeover didn’t fall through.

Join 888sport and enter bonus code BOX45 to get £45 in Free Bets when you bet £10 on any football match. Newcastle United are interested in signing Calvin Ramsay who is currently… 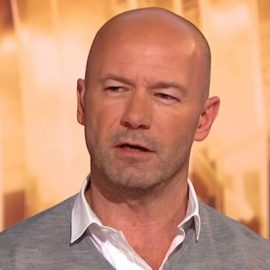