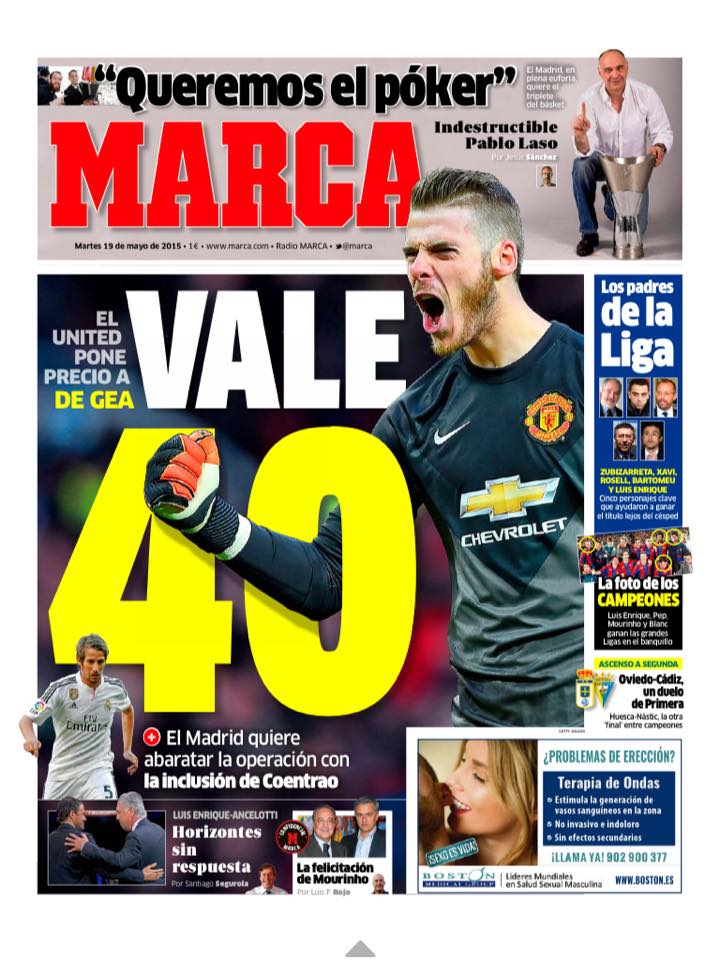 Spanish newspaper Marca claimed last week that Real Madrid had agreed a personal terms with Manchester United goal keeper David de Gea. Although their front page claim ‘Trato Hecho’ translates to ‘Done Deal’ was over the top reaction, as the club have yet to agree to any deal with the Premier League club.

Marca is a Madrid based newspaper and they have great contacts within the club. They often stir things up to make it cheesy for their readers, and De Gea story is certainly one of them to appease the Madrid fans. This is indeed a good ploy, especially after Los Blancos enduring a disappointing trophy-less season. 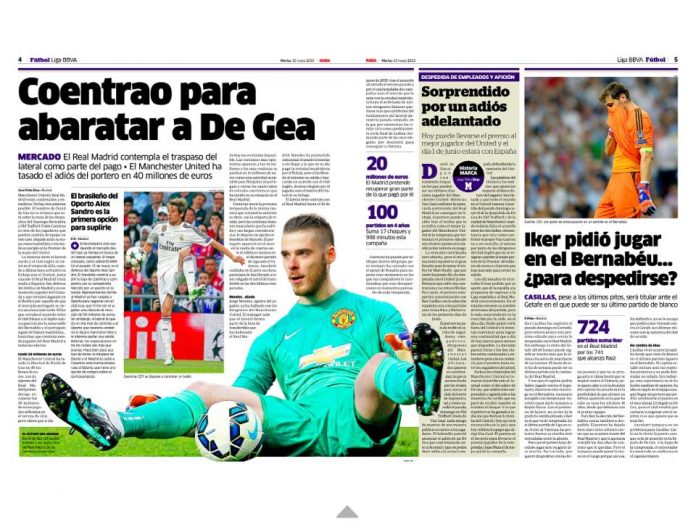 The situation is quite clear: Manchester United want to keep De Gea at the club, but they could be powerless, if the player decides to leave. However, United would certainly demand a high transfer fee for De Gea, thought to be in the region of €40m. Madrid feel the price is too much for a player who has only a year left on his contract, and are only willing to spend around €30m, way short of United’s valuation.

b) United have been interested in Coentrao since 2013. There is no mention however, they retain the interest or not.

c) United have slapped €40m price tagon De Gea. Coentrao could be used to facilitate the transfer. Marca claim it is a possibility that Real Madrid are planning about.

Madrid are almost certain to sign left back Alex Sandro in the summer. In that scenario, Coentrao will be sold. Ideally Madrid would be looking to sell Coentrao around €20m, but they would be happy to conclude a deal with €15m as well.

Meanwhile, another major Spanish newspaper AS claims that Madrid have yet to reach an agreement for De Gea, but the club is hopeful it will be done in the coming months.