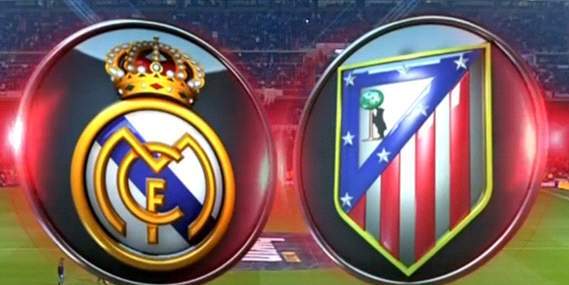 All eyes will be on Gareth Bale as the world’s most expensive footballer makes his home-debut at the Santiago Bernabeu for Real Madrid in the Madrid Derby on Saturday. After last week’s incredibly one-sided Manchester Derby in the Premier League, the world hopes to see a much more competitive and action-packed Madrid Derby.

Atletico Madrid are currently ahead of their local rivals in the league, boasting a perfect record thus far, being 2nd in the table only to the mighty Barcelona. Madrid though, are not far behind in 3rd, and a win in the Madrid Derby will see them leapfrog Atletico by one point.

The Los Blancos kept in touch with Atletico and Barcelona in the Primera Liga table with an extremely unconvincing 2-1 victory in midweek over new boys Elche. They needed a last-minute penalty from Cristiano Ronaldo to seal the three points, and manager Carlo Ancelotti will be the first to admit that his side’s performance needs to improve drastically if they are to taste success in the Madrid Derby against an in-form Atletico side.

Madrid will be buoyed though, by the return of Gareth Bale to the side. The Welshman missed the previous two games after injuring himself during the warm-up to the Getafe game a couple weeks ago. Bale, who was bough from Tottenham Hotspur for a world-record fee of £86-million, scored on his debut away at Villarreal, and will be looking to make a similar impact on his home debut.

With the return of Bale, manager Carlo Ancelotti has an almost fully fit squad to choose from. The only casualty is Xabi Alonso, who is still nursing a foot injury.

Despite Bale’s presence in the team, there is no doubt that Madrid’s main man is still Cristiano Ronaldo. The Portuguese international continued his astounding scoring run with a brace in midweek at Elche. He has 6 league goals to his name thus far this campaign, and if he has another good outing here, the Madrid Derby is almost as good as won for his side.

Diego Simeone’s side have been absolutely outstanding thus far this season, with 18 points out of 18 and a goal difference of +13. Their latest victory, a 2-1 success against Osasuna, was hard-fought, but they managed to get the job done. The Madrid Derby though, is a different matter altogether and every individual in the Atletico side has to be at the top of his game if their run is to continue.

Atletico will have striker David Villa back in the starting XI after the Spaniard missed their previous game through injury. Villa, who signed for Atletico for a meagre 5 million Euros in the summer from Barcelona, has already scored thrice in all competitions this season and will look to add to that tally in the Madrid Derby.

Like Ancelotti, Simeone has only one injury casualty, with striker Adrian missing out due a franctured cheekbone.

With Radamel Falcao’s departure to Monaco in the summer, the role of primary striker has been taken over by Brazilian Diego Costa. And he has more than just stepped up to the plate. With 7 goals already in the league this season, Costa is joint-top scorer with Lionel Messi. The Madrid Derby is a perfect test for him and will prove to everyone if he can perform in the big games or not.

Real Madrid haven’t been beaten in the Madrid Derby since 1999, a period that spans 23 games.

The last Madrid Derby though, was won by Atletico, as Diego Simeone got the better of Jose Mourinho is last season’s Copa del Rey final at the Santiago Bernabeu.

With most derbies in the world, the form book generally goes out the window. It’s the same with the Madrid Derby. Atletico are on a fantastic run, but Madrid are more than capable of bringing that to an end. We are sure to witness an extremely exciting game with some amazing talent on display. With home advantage, and the likes of Ronaldo, Isco and Bale at their disposal, Madrid look good to just edge this one.