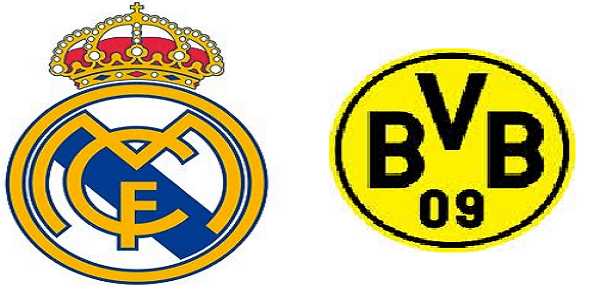 Real Madrid host Borussia Dortmund as the teams battle for control over Group D of the Champions League.

A win for either side would see them top the table and take one step into the last 16 stage of the competition.

Real Madrid head into this game after a convincing 4-0 home win against Real Zaragoza in La Liga which has seen them move up to third place. Real Madrid have been consistent in Europe this season and they have won their only home game in the Champions League so far, 3-2 against Manchester City.

Real Madrid are likely to go with an open 4-3-3 attacking system which is drastically different to the system they used when they lost 2-1 away at Dortmund. Real Madrid have scored double the number of goals than any other team in the group with a total of eight.

Real Madrid have two key injury worries ahead of the game. Fabio Coentrao has been missing since the middle of October and is not expected to return until the start of December. Defender Marcelo picked up a broken metatarsal injury in mid-October and will not be back in first team action until January at the earliest.

Sami Khedira has also been struggling with fitness problems this month but is expected to return to training by the end of the week. Real Madrid have no suspensions to worry about for this match.

German champions Borussia Dortmund are in control of the group and will move to ten points if they win away in Spain. Dortmund have two wins and a draw from their three games so far and will be looking to improve following a 0-0 draw against Stuttgart over the weekend.

Dortmund have been unproductive away from home in the league with one win, three draws and a defeat. However, they dominated against Manchester City in their only away group match so far. They will take confidence from the way they played at City and stand a good chance of stealing a goal on the counter attack if the defence stays disciplined.

Borussia Dortmund are fortunate as they have only one major injury concern for the game. Defender Patrick Owomoyela is struggling with constant calf problems which have kept him out of first team action.

He picked up the original injury at the end of August and is expected to be out until January. Borussia Dortmund have no suspensions ahead of the match and an otherwise fully fit squad.

Real Madrid head into this game with two wins and a defeat from their three games having scored eight goals and conceded five. Borussia Dortmund have played three, won two and drawn one. They have only scored four goals but have the best defensive record in Group D with only two conceded.

These teams have met twice before. The first game was in August 2009 when Real Madrid won a friendly 5-0. the second, and most recent, meeting was the 2-1 win for Borussia Dortmund in the reverse of this fixture earlier in the group.

Real Madrid went through October with four wins, one draw and a single defeat. The defeat came away at Dortmund in the Champions League and the draw came away at Barcelona in La Liga. The biggest win for Real Madrid in October was 5-0 away at Real Mallorca and their only match so far in November produced a 4-0 win at home against Real Zaragoza.

Real Madrid will be missing three key players but they should have enough fire power to take control of the group. Expect Dortmund to dig in and counter attack well as they are the current Group D leaders but expect a narrow home win.