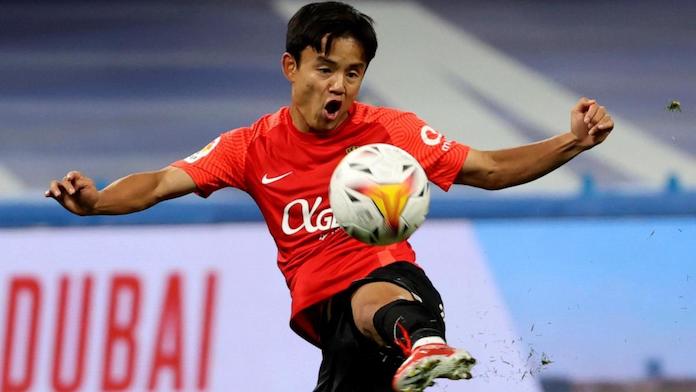 Odriozola and Kubo are set to return to Real Madrid for next season.

Real Madrid are already preparing for next season. While the signing of Kylian Mbappe remains Florentino Perez’s priority, there are other areas that needs to be strengthened.

And not all of the players will be of the caliber of the French World Cup winner. In recent days, Spanish press has mentioned the return of Alvaro Odriozola. The Spaniard is currently on loan at Fiorentina but will be kept for next season.

The decision makes the former Real Sociedad man the club’s first reinforcement of the summer. According to AS, the club will also look to bring back Japanese prodigy Takefuso Kubo back to the club for the 2022/23 campaign.

The La Masia-trained player is currently on his third loan stint since joining in the summer of 2020, and is putting in some pretty convincing performances with Mallorca. It must be said that if it were up to the Merengues, he would have been integrated into the team earlier, but between competition and administrative concerns related to too non-EU players in the team, that was not possible.

Next season, Takefusa Kubo should therefore wear the colors of Real Madrid at the Santiago Bernabéu. Vinicius Junior is expected to obtain Spanish nationality quickly, which will free up an extra non-EU place in the workforce and make way for the Japanese. On the other hand, Reinier will still have to wait.

Meanwhile, Real Madrid are sweating over the fitness of David Alaba. The Austrian did not feature in weekend’s encounter. And if he misses out on the upcoming game against PSG, it will be a big blow for Carlo Ancelotti who already has Ferland Mendy and Casemiro suspended for the crunch encounter.

It is expected that the former Bayern Munich man might be replaced by Marcelo who has struggled for form so far this season.