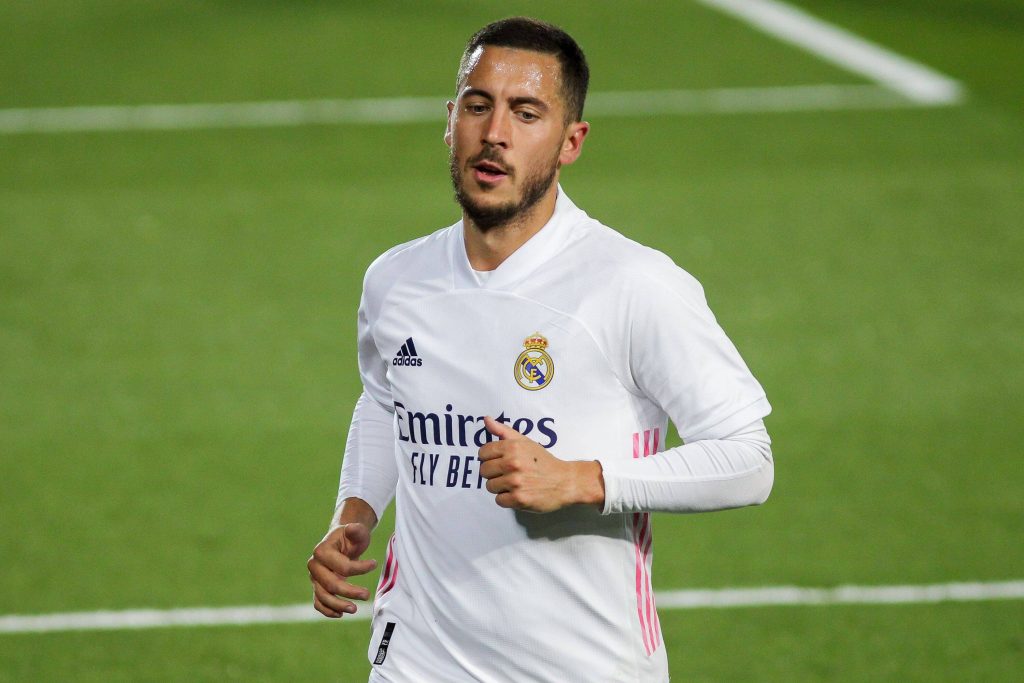 Hazard joined Madrid from Chelsea in 2019 for a club-record fee, believed to be up to £143 million.

After seven incredible years in the Premier League, it was hoped that he would be the club’s star man following the departure of Cristiano Ronaldo a year earlier.

He won the league title in his first season but played a small role due to several injury problems. He managed just one goal and three assists in 16 league appearances.

His fitness worries have continued into this campaign, making even fewer appearances than before. He has played just 481 minutes for Los Blancos in La Liga, scoring twice and assisting once.

His enormous price tag and underwhelming performances had already put him under pressure, but his relationship with the fans took a huge turn for the worse this week.

After being eliminated by his former club in the Champions League semi-finals, the Belgian was recorded laughing with Kurt Zouma and Edouard Mendy.

According to Spanish newspaper ABC, Real Madrid have become tired of his lack of professionalism. They will now look to sell the winger if they receive a €50m bid for him.

It was reported in March that Hazard was one of six players that the club were willing to let go of to fund deals for Kylian Mbappe and Erling Braut Haaland.

It is unclear where the winger would go if he was to leave the Bernabeu this summer. Manchester City were loosely linked in January, but that move seems highly unlikely.

At 30-years-of-age and coming off the back of two highly unproductive seasons, Hazard is becoming a less desirable player every week.

However, those who remember his days in England may feel like they could snag a bargain if they could get him back to his best.

As of now, the chances of the former Lille man redeeming himself at Real Madrid are looking very slim. Even a bicycle kick in a Champions League final wasn’t enough for the fans to forgive Gareth Bale.

Zinedine Zidane’s men have four games remaining in La Liga and are still well in with a shout of lifting the title.

They begin with a potentially decisive home clash against Sevilla on Sunday before facing Granada, Athletic Bilbao and Villarreal.