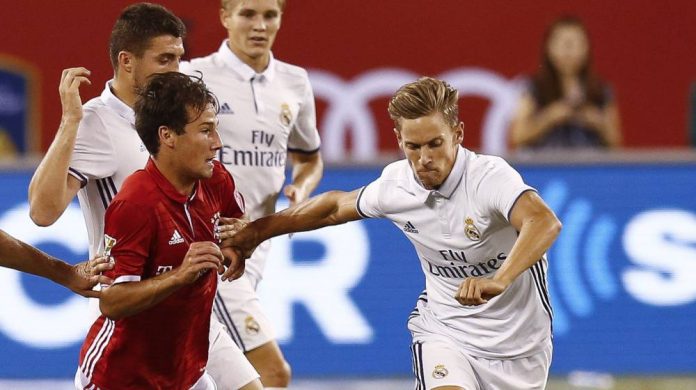 Real Madrid have agreed on a loan deal with Alaves for the highly talented central midfielder Marcos Llorente.

Llorente was a part of the first team squad during the pre-season and AS are claiming that Zinedine Zidane was very impressed with the young midfielder.

The former French international has decided to loan the youngster so he can continue his development with regular first-team football.

The Real Madrid Castilla star will find it tough to break into the first team just yet and it is better for him to go out and gain some top flight experience. Real Madrid already have enough central midfielders in Kroos, Modric, Isco, Kovacic and Casemiro. It is highly unlikely that Llorente will get a chance at Bernabeu unless there is an injury crisis.

Llorente travelled to North America with the first team squad for pre-season and put up some fantastic displays for Zidane’s side. After returning to Madrid, both the manager and the player had a conversation and decided that it would ideal if he left on loan this season.