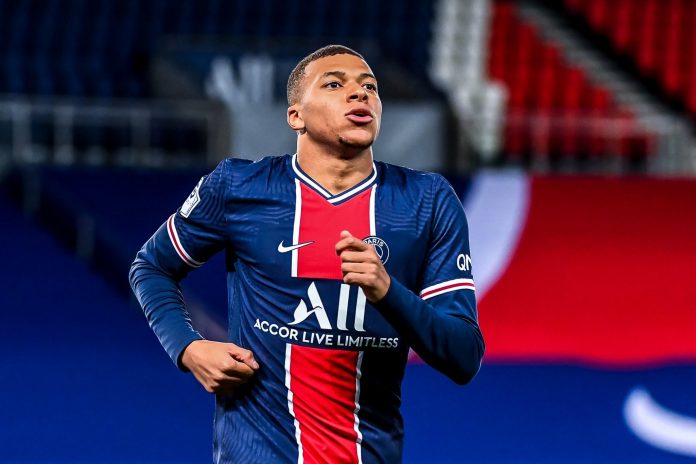 Real Madrid have once again set their sights on Kylian Mbappe. The French forward has been on the radar of Los Blancos for over three seasons.

The Daily Mail reports that Madrid has now come up with a plan called ‘Operation Mbappe’. Florentino Perez is adamant on the signing of the Frenchman and has drawn up a masterplan.

Los Blancos plan on generating a figure between 150-200 million Euros during the summer transfer market. The club has shortlisted six first-team players to be sold at the end of the season to garner funds.

Luka Jovic, Dani Ceballos, Gareth Bale, Isco, Marcelo and Brahim Diaz have been added to the list. The funds generated through these player sales will be used to secure Mbappe’s services.

Jovic is close to being loaned out to Eintracht Frankfurt for the rest of the season and the club is open to the idea of selling him as well. The same follows for Bale, Ceballos and Diaz who are currently out on loan.

Meanwhile, Isco could be sold to either Arsenal or Sevilla. Marcelo also has an offer from Juventus to reunite with his former teammate, Cristiano Ronaldo.

Mbappe is contracted to PSG until the summer of 2022. The French club does not want to risk losing Mbappe on a free transfer next year and could possibly consider selling him this summer.

‘Operation Mbappe’ may not actually go to plan as Madrid have expected. The market value of the six players to be sold is equivalent to 116 million euros, according to Transfermarkt – less than what it would cost to buy Mbappe.

Another issue would be trying to sell Bale and Jovic. The two Madrid forwards are amongst the best-paid players at the club but their performances have been below-par for the past two seasons.

From Mbappe’s perspective, the French forward would prefer continuing at PSG instead of a move to the Spanish capital. Sky Sports – one of the best sports news sources available – suggest that Madrid are in pole position in their pursuit of Mbappe, but will the financial aspect be enough when Mbappe is still young?

Madrid are in no shape to contend for the UEFA Champions League, while Mauricio’s Pochettino’s side looks like real contenders this time around.

Can this masterplan called ‘Operation Mbappe’ actually materialise for Madrid next summer?