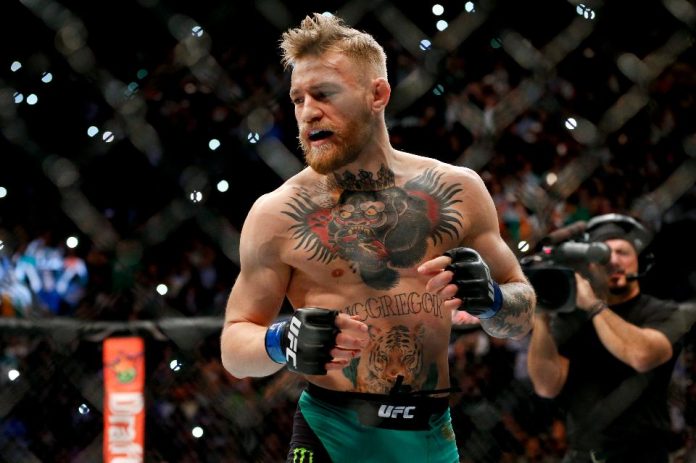 Real Madrid have expressed interest in hosting a UFC event in the near future and want ‘The Notorious, Conor McGregor“ to be the promotion’s main star.

After the huge success of UFC 204, held in Manchester, the production organizers are considering to spread the game’s popularity across the globe.

And this is where Santiago Bernabeu comes into the picture. The chance to have over 80,000 spectators attending an event makes Madrid’s home ground an attractive venue.

Speaking to Irish radio station Newstalk, a Real spokesperson said: “We would be glad if we could make a UFC event; our stadium can hold more than 80,000 fans.”

Los Blancos also confirmed that any potential event would have to take place from May to July – during the footballing off-season – and that the club needs sufficient notice beforehand to organize such a big event.

McGregor, the current Featherweight champion, will be fighting at UFC 205 on 12th November when he faces Eddie Alvarez for the Lightweight belt at Madison Square Garden in New York City.

In terms of popularity and stardom, no one comes close to McGregor and there is no limit to what he can achieve as a star. According to Bleacher Report, in his last three headlining appearances, McGregor has sold 1.2 million, 1.6 million and 1.65 million pay-per-views respectively.

It remains to be seen what his next moves are. He is reportedly planning to take time off from the Octagon to spend valuable time with his girlfriend, Dee Devlin.

McGregor has stated that he will never fight in Las Vegas again, following his $75,000 fine from the Nevada State Athletic commission for his role in the infamous UFC 202 press conference water-bottle incident.

A potential UFC bout event at the Bernabeu could also offer McGregor a chance to reunite with Real Madrid superstar Cristiano Ronaldo, with whom he formed a good friendship this summer.