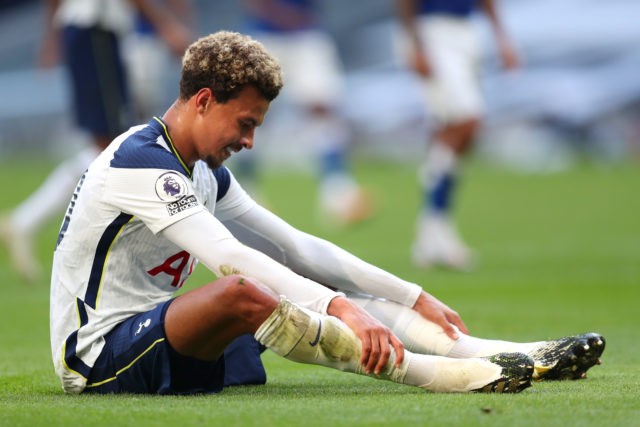 Former Arsenal defender turned popular football pundit Ray Parlour has claimed that Dele Alli would be a good fit for the Gunners.

The Gunners are desperate to sign a solid central midfielder this summer and has been linked with players like Thomas Partey and Houssem Aouar in recent weeks.

Parlour feels that Arsenal are lacking a goal-scoring central midfielder, and that is why Alli would certainly be a good fit for the north London club.

He feels that Alli would cost in the region of £50m, but Spurs will certainly not sell one of their prized assets to their local rivals.

👍 “Dele Alli would certainly be a good fit for Arsenal!”

⚽️ “Arsenal lack goals from CM and Alli would tick that box.”

Alli’s future has come under speculation in recent weeks after he was dropped during Tottenham’s 5-2 win against Southampton.

The England international did play on Thursday as Tottenham sealed a 3-1 win over Shkendija in the Europa League qualifier.

Alli was left angry after Mourinho’s decision, and he was reportedly keen on a move to Paris Saint-Germain after the French outfit showed an interest in him.

However, Mourinho has suggested that Alli is still an important part of his plans, but he expects the midfielder to raise his game.

Alli would no doubt be a good signing for the Gunners, but Spurs are unlikely to sell him to their Premier League rivals.