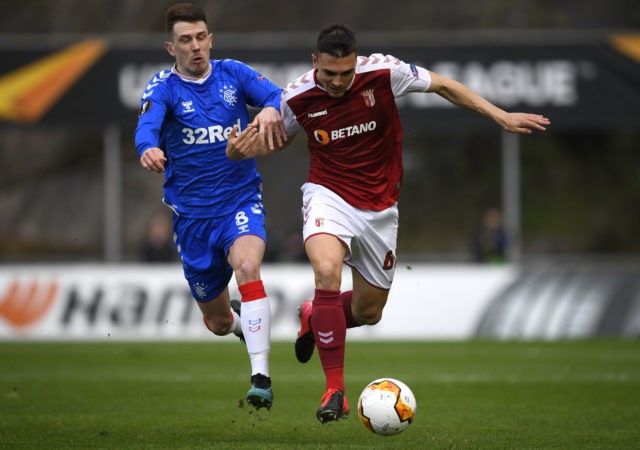 Glasgow Rangers midfielder Ryan Jack has developed into a leader at Ibrox under Steven Gerrard.

While James Tavernier remains the club skipper, Jack has emerged as a midfield general for the Gers.

Rangers have plenty of depth in midfield and there is strong competition for places.

Along with Glen Kamara and Scott Arfield, the Gers boss has bolstered that area with the signings of Joe Aribo and Steven Davis.

And yet, Jack has been terrific for the club this season. Undoubtedly, he has been one of the most consistent performers for the Ibrox club.

However, it’s not just his ball snatching ability in the middle of the park that has improved, but he has improved in other areas of his game.

Jack has credited Gerrard and assistant boss Gary McAllister for his transformation.

He has revealed that when Gerrard arrived at the club he told him ‘to be free’, and wanted to get forward a lot more.

The Scotland midfielder added that Gerrard didn’t want him to be cautious and wanted him to leave ‘everything on the pitch’. Rather, the Gers boss wanted him to continue what he was doing.

“The gaffer was happy with my performances at the start of the season and he told me to keep doing what I was doing and I would play and that’s how it panned out,” said Jack to the Scottish Sun.

“Since the gaffer arrived he said to me he wanted me to be free and get forward a lot more.

“He didn’t want me sitting behind the ball and being cautious. He wanted me and the rest of the lads to leave everything on the park.

“I have managed to get a few more goals than usual this season and assists as well, so it is working and I am enjoying it.”